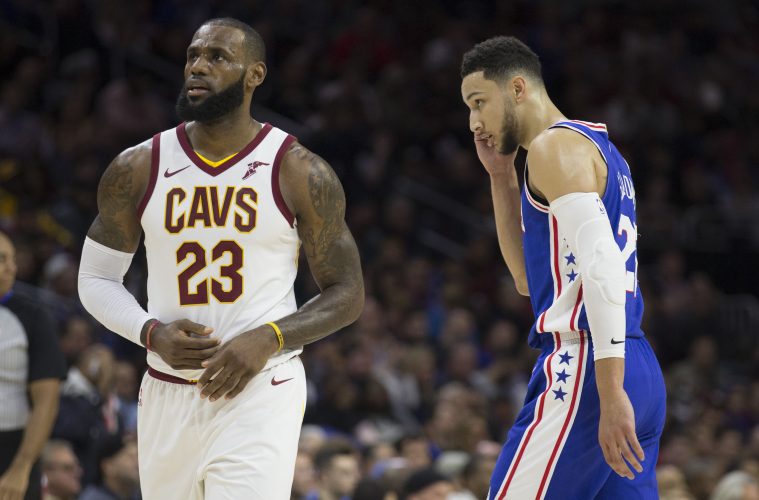 Will LeBron James Complete The Process?

The Philadelphia 76ers seem to be playoff contenders this season due to the play of Joel Embiid and Ben Simmons. They are a dynamic duo complemented by a strong supporting cast, beating teams with their athleticism. Although Philly’s future is bright, the team seems to be missing that great superstar to elevate themselves as Finals contenders. Maybe LeBron James is the missing piece for the 76ers, but will he complete the process?

“We’re passionate about Philadelphia,” Asher Raphael, the company’s co-CEO, told ESPN, according to the Associated Press. “We have an amazing city, it’s the best sports town and it’s an awesome place to live. … LeBron is in the conversation of being the best player of all time. We think if he comes to Philly, he gets a couple more championships.”

The CEO believes in James not only raising the 76ers level but possibly winning more championships. The eastern conference over the past few seasons has been subpar. There hasn’t been much competition. Sure the Washington Wizards, Toronto Raptors, Milwaukee Bucks, and others made moves to improve their chances of being a legit threat to James. However, it still isn’t enough to beat a player that literally is a walking triple-double.

The man can drop 30 points, 10 assists and 10 rebounds in his sleep. James clearly makes any team better by at least 20 to 25 wins from their previous season. Even at 33 years old, he still shows his freakishly athletic moves and basketball IQ on the court. It’s also difficult to stop a 260-pound man on the break who can outmuscle any player, including centers.

If James leaves this summer to go to another franchise, he needs to take his talents to Philadelphia. The roster is younger and hungrier than other franchises. They are starting to add another trophy to the city and slowly become a title town. Now it comes down to the four-time MVP and what he feels best for his legacy. The NBA is going to endure another interesting summer in free agency and hopefully, it becomes must-watch television.