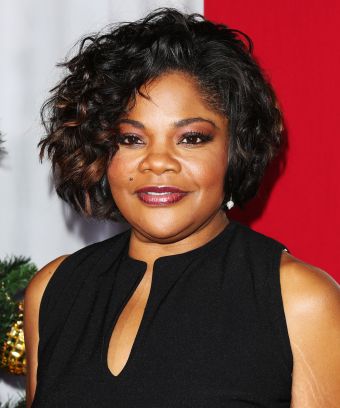 Just when I thought the whole Monique vs. Netflix fight was dead and buried, her recent interview on the Breakfast Club aired and reignited the conversation about inequality and what Monique should have been offered from Netflix for a comedy special. I’ll admit, I did not want to watch because I felt like I knew what she was about to say.  Monique has been on a press run and appeared on multiple radio stations and television talk shows to explain her plight to the public.

Her Breakfast Club interview only interested me because I was able to see a few short clips on Twitter and Instagram of her calling Charlamagne Tha God by his real name (Lenard) and calling her husband “Daddy” openly during regular conversation (kinda weird). It looked like a mess, and I didn’t think I needed to watch at that point. What peeked my interest was the dialogue I saw online regarding the interview. I saw people who shared my sentiments, that the entire situation was a dead issue, and who cares honestly.

Then I saw tweets from people who felt Charlamagne was a representation and embodiment of the overall issue. People think he doesn’t value Black women, that he is continuously misinformed, and has problematic misogynistic views. To be fair, anyone can look up old interviews and find him being hard on many of the Breakfast Club guests, I couldn’t stand him at one point, but to his credit, he gives the same treatment to everyone who deserves it. He is, as he calls himself, an “equal opportunity offender,” which means anyone can get it.

C Tha God gave Monique “Donkey of the Day” a few weeks ago for asking people to boycott Netflix on the grounds of racial and gender inequality. He reasoning was that in her statement for the boycott she named fellow comedians, Dave Chappelle, Chris Rock, and Amy Schumer because they recently signed multi-million dollar deals with Netflix to film their specials. C The God found it odd she would base her argument on racial and gender inequality when she named two Black men and a woman as her examples of what she should be paid based on her “legend status.” He felt she should have been more specific and say she wasn’t offered the same amount because she was a “Black woman” instead, then maybe her argument would hold more weight. He also brought up the point that perhaps she isn’t as hot as she thinks she is. The comedians mentioned above have had steady work over the last few years and have large sold-out venues. All of which can justify a huge deal by businesses that care about their bottom line.

Naturally, Monique took offense to being called Donkey of the Day and wanted to address Charlamagne, Angela Yee, and DJ Envy to their faces. She was very poised and direct with all of her speaking points as to why she should be offered more, why she felt she was being mistreated, and why it was wrong to give her DOTD. However, while listening to the interview, I began to notice Monique attempted to use the same exact tactic she accused Charlamagne of using. In the interview, she stated that because C the God as a giant platform he can paint Monique in a negative light and people will run with it. Monique tried to flip the entire narrative on its head to make Charlamagne the bad guy. She questioned his morals and brought up the fact that his mother and grandmother must have experienced inequality in their lives because they are from Monk’s Corner, South Carolina. She also equated C The God not standing up for her to a house slave walking a field slave to her master’s bedroom to be raped (huh?).

Throughout this whole ordeal, many people have questioned Monique’s true intentions for calling for the Netflix boycott. She claims that she is fighting, so other women of color are treated fairly and paid what they are worth. Monique even referenced Viola Davis’ speech regarding equal-pay during the Breakfast Club interview. I believe her intentions are more selfish than selfless. If she was offered a larger deal would she still be at the forefront of this discussion, or is it convenient? By her calling for [mainly] people of color to boycott Netflix, she may potentially be risking revenue of other Black content creators who rely on Netflix (Luke Cage, Dear White People TV series and movies, Yelling To The Sky, Master of None, Big Mouth, the critically acclaimed Mudbound, Rapture, She’s Gotta Have It TV series and movie, DeRay Davis, Eddie Griffin, 13th, I Am Not Your Negro, and most recently, Tiffany Haddish). Others in the comment section on YouTube sided with Monique and also felt Charlamagne was a misogynist who doesn’t think Black woman should be paid. I’m here to say, NOT ONCE did he ever say those words or even mention as such in his debate points. He was merely sharing his opinion of why he felt Monique asking for anything close to what Dave Chappelle or Amy Schumer received in 2018 was unrealistic based on her value in the current market, not based what she has done in the past. He acknowledged (more than once) that she was a legend and she was worth way more than the $500,000 Netflix allegedly offered her. It seems many people didn’t catch any of those parts of the interview. Charlamagne is a radio broadcast journalist; it is his job to voice his opinions, ask tough questions, and present all sides to an issue.

Everyone is entitled to his or her own opinion. DOTD is a segment that is done every day on the Breakfast Club by C The God and he, based on his own opinion, felt Monique was out of touch based on her reasoning for her wanting people to boycott. Let’s not be so quick to shoot to messenger because of how you feel about him/her.

You can check out more of Malcom’s post on Urban X, a platform for millennials to share their ideas, expertise, and give in-depth analysis of the aspects that create the total “Urban X-perience.”