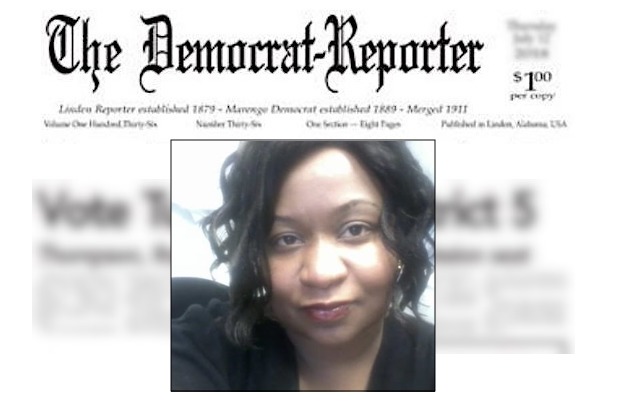 Elecia R. Dexter has been named as the publisher and editor of weekly Democrat-Reporter of Linden, replacing the former editor who wanted the  Ku Klux Klan to “night ride again”.

In a press release, the paper announced that Dexter would take over from Goodloe Sutton, the newspaper’s owner. In a Feb. 14 editorial, he championed for the Klan to invade Washington and lynch Democrats. Dexter told The Washington Post that Sutton called her into his office and said that the paper needed a new direction. He would leave his position but still remain owner.

“One thing that sticks out to me as we move forward is making sure the people of this community feel this paper represents them and their views,” she said. “Family, community looking out for each other – I would like to take a personal component moving forward, so people feel like it’s their paper, which it is.”

There was immediate backlash to Sutton’s incendiary comments. Dexter said that many Linden residents contacted her, angered that Sutton advocated for the white nationalist group to terrorize. The University of Southern Mississippi’s School of Communication removing Sutton, an alumnus, from its Mass Communication and Journalism Hall of Fame. The Alabama Press Association also suspended the paper’s membership and censured Sutton. Sen. Doug Jones of Alabama also called on Sutton to resign from his post.

Jones responded with the words “Good riddance” to the announcement that Sutton would no longer be at his post.