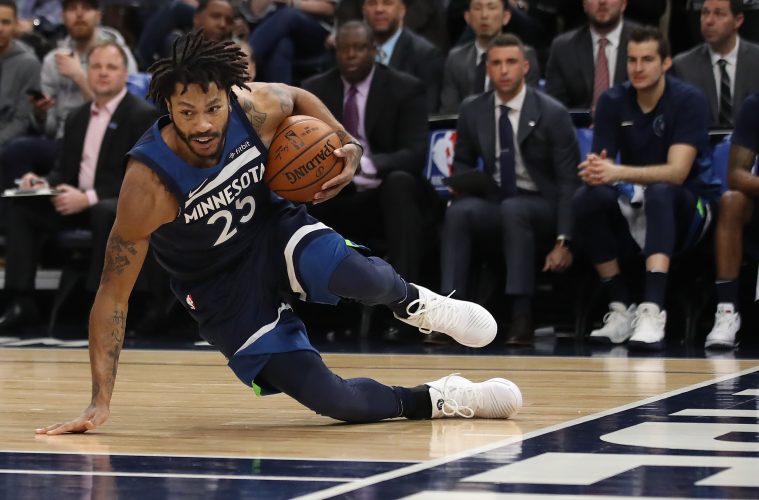 Derrick Rose’s career wasn’t exactly heading in the right direction because of too many injuries. His short stint with the Cleveland Cavaliers made critics see what type of player he is: a former MVP that can only drive to the basket and can’t make consistent jump shots. But now Rose tries to come out of his rusty self and become a vital piece to the hungry Minnesota Timberwolves, who are trying to make the playoffs since 2004.

“This is how I feel about the whole perspective on it: You can have your perspective on me as far as I’m a bum, I can’t play, I can’t shoot, this and that,” said Rose to the media, according to NBA.com. “All right. Cool. I have no hard feelings with that. I’m cool with that. If that’s how you feel, that’s how you feel. But at the same time, I don’t need your [bleeping] validation.”

The 29-year-old knows it’s gonna be an uphill battle to be a serviceable player in the league. He didn’t play much in the win against the Golden State Warriors but it’s most likely just a warm-up. Playing under an intense coach in Tom Thibodeau isn’t exactly a relaxing environment since he likes to play his starters over 40 mins a game. Rose knows that from his years with Thibodeau in Chicago and will understand why he won’t play in specific games.

It just feels strange to say that Rose might be playing his last couple of games in the NBA. All of that can change if the Timberwolves make the playoffs and Rose becomes an X-factor in pivotal moments. This can also open the door for him to sign with either a top contender in the offseason or stay with Minnesota and continue to be part of their impressive core for many years.