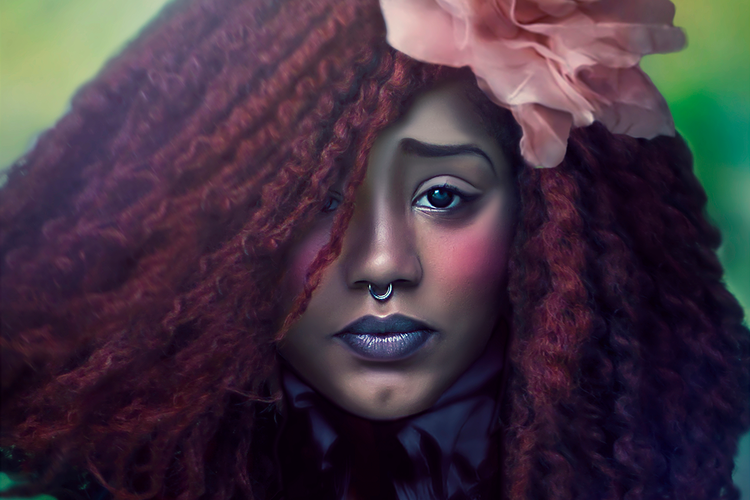 “Mfon”, which directly translates to “I have seen the goodness of God” as explained by moderator and Deputy Editor of “MFON: Black Women Photographers of the African Diaspora,” Crystal Whaley during a forum held at the Schomburg on Mar. 8th. Many individuals within the Pan-Africanist community view the Black female as a deity, and with a photo book named in Mfon’s honor, the panelists seem to have accomplished a mission that lets the world see the Black female in rare form.

Named in memory of Nigerian-born photographer, Mmekutmfon “Mfon” Essien who died from breast cancer the day before her “The Amazon’s New Clothes” series was exhibited at the Brooklyn Museum, it was created in 2006 with the mission to highlight Black women photographers in America.

According to the panel, a photo book dedicated to Black women photographers was never created because it was considered not marketable. The photo book later evolved into a discussion around artist with roots that extend beyond America’s borders, which was made evident by the panel’s youngest contributor, Fabiola Jean-Louis, being of Haitian descent.

For Jean-Louis, what makes up for her maturing career is her bold, edgy, and progressive art style that captivates her viewers. Her art tends to focus on distinct features Black women may not appreciate about themselves. When it comes to finding subjects for her photographs, she does not have a tough time since she feels she is surrounded by a “never-ending supply of beautiful Black women.”

Nona Faustine, a native New Yorker known for embracing her voluptuous frame and dark-skin, she uses herself as a subject in her photo sets fully nude, reinforcing the idea of body positivity for Black women. However, she did not always feel confident in herself. As a young adult, Faustine struggled with discovering her identity, personally and culturally and to remedy the issue, she adopted the strategy of “self-examination through photography.” She claims she felt, “vulnerable, but normal.”

“It felt more natural to use my own body,” said Faustine, “If I couldn’t do it, how could I ask anybody else to do it?”

Faustine’s other work includes her American Monument series “My Country,” where she captures some of America’s most notable structures in New York, with the intent to highlight the lack of recognition and acclaim for Blacks and their contributions to the country and the monuments. One of her represented pieces includes the Statue of Liberty accented with a blurred line striking through it to symbolize the “forced migration in New York City,” or gentrification, that took place in the very city where Lady Liberty stands.

“It was about paying tribute to them, but in my own way,” expressed Faustine, concerning the way she pays tribute to Blacks, “Reclaiming a history that was twisted and that we have been denied.”

Throughout the discussion, each photographer had a distinct art style, while also being inspired by one another. So it is not a stretch that Faustine was inspired by Renee Cox, a veteran artist known as one of the most controversial African-American artists working today, who makes political statements through her art by using her body to, “celebrate black womanhood and criticize a society she often views as racist and sexist,” according to Artnet.com.

Throughout her nearly 30-year career, her most famous works include “the Liberation of UB and Lady J.” Created in 1998, it featured Cox in a one-piece bathing suit on as the main subject, accompanied by a chiseled man and woman in a running pose, who are also wearing swimwear with an Aunt Jemima pancake box and an Uncle Ben’s ready rice box serving as the backdrop. The piece was intended to dispel the slave stereotypes that Blacks have suffered making.

“I’m gonna give you pregnancy in your face,” Cox asserted. “I have nothing to hide.”

According to Cox, her motivation to make her statements, “she wanted to save grad students from themselves” by letting them know that the message they want to convey is theirs alone.

“I realized that I could be happy. That is when my work changed,” Cox said explaining the importance of body positivity and positive Black representation in art. “Why am I supposed to portray myself as the victim? I validate myself.”

The panelists agreed that Black Female Photographers are essential because Black women can be depicted from different, varying perspectives, as Black women come in all kinds of varieties. They also agreed that the body positivity represented in their work combats the growing fascination with artificial Black bodies.

Faustine and Cox both believe that looking into the camera while posing nude sends a message of not being intimidated and turning the lustful gazes against the viewer.

“The nudity was pure, and you can’t get any purer than that,” said Cox.

One thing is for sure, for Black Women to be represented positively in art, Black Women photographers must remain of the utmost importance. Through them, people will soon claim they, “have seen the goodness of God.

“We have always been out here being afro-futuristic…and it is going to continue tomorrow,” said Jean-Louis assuring the audience the continuation of black women photographers art.