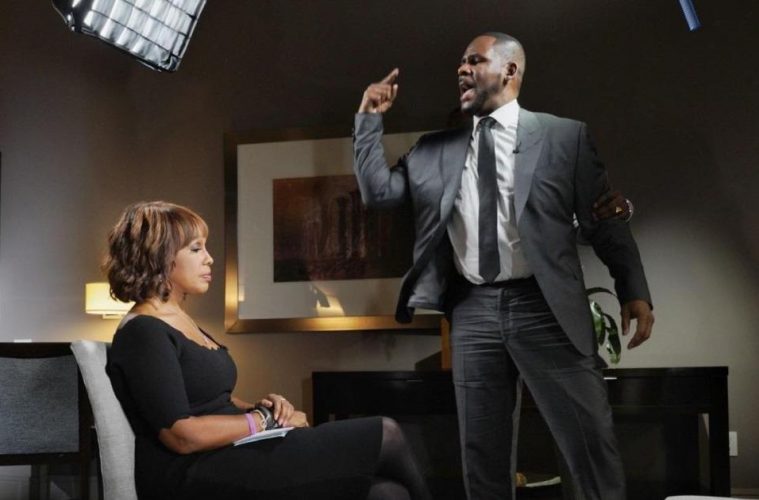 R. Kelly appeared on “CBS This Morning” Wednesday and denied to Gayle King that he was guilty of the sexual abuse allegations against him.

The embattled singer gave his first interview since he was charged with 10 counts of aggravated criminal sexual abuse and was jailed last month. Many of the reported victims were underage. He spoke with King for nearly 80 minutes Tuesday and portions of that exchange were aired. He insisted that every woman accusing him of physical, sexual and verbal abuse were lying.

King questioned Kelly about which accuations disturbed him the most.

“Oh my God. Um — all of them, got little girls trapped in the basement… helicopters over my house trying to rescue someone that doesn’t need rescuing because they’re not in my house,” he said, adding, “Handcuffing people, starving people. I have a harem, what you call it – a cult. I don’t even really know what a cult is. But I know I don’t have one.”

Kelly took exception to the Lifetime docuseries, “Surviving R. Kelly”. His ex-wife, Andrea, former associates and various women accused Kelly of controlling their lives by physical and mental means. They also alleged that Kelly told them when to eat, sleep, how to dress and was the mastermind of a sex cult. In total, more than 50 people detailed years of abuse they claimed he has participated in.

“— everybody says something bad about me. Nobody said nothin’ good,” Kelly said. “They was describing Lucifer. I’m not Lucifer. I’m a man. I make mistakes, but I’m not a devil, and by no means am I a monster.”

Kelly blamed social media as the reason for the accusations. He said that the climate made it easy to spread lies.

He once again maintained his innocence and cast doubt on his accusers.

“I have been assassinated. I have been buried alive. But I’m alive,” he said.

At one point during the interview, Kelly’s raw emotinos got the better of him after being asked if he ever slept with underage girls. He rose from his seat, shouting and crying. Gayle, who remained calm, described Kelyl as hysertica.

“CBS This Morning” will air more of the interview on Thursday, March 7.

Watch some of the interview below.