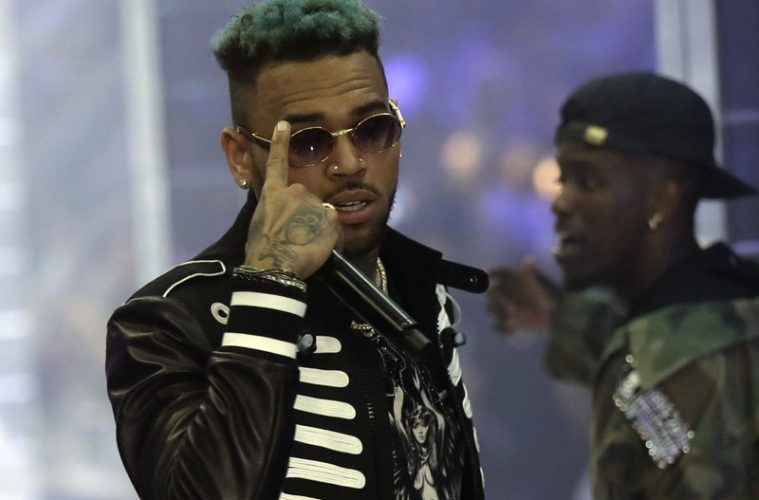 Chris Brown Detained in Paris Over Rape and Drug Charges

R&B singer Chris Brown has been detained in Paris following a rape accusation, according to police officials.

Per the Associated Press, Brown was taken into custody on Monday and charged with aggravated rape and drug infractions and remained in custody Tuesday. A woman filed a complaint alleging that the 29-year-old star and his friends overnight Jan. 15-16 at the club Le Crystal in the 8th arrondissement near the Champs-Elysees, and then they all went to the Mandarin Oriental Hotel near the Concorde Plaza in central Paris. That is when the alleged attack occurred. An official said that Brown’s bodyguard was also in custody.

Investigators have another two days to decide whether to release Brown and his associates or file preliminary charges. Representatives for the controversial star have not yet made a statement on the matter. The allegations are the latest run in for the law with Brown who pled guilty to felony assault in 2009 against then girlfriend Rihanna at a post Grammy party. In 2017, Brown’s former girlfriend Karrueche Tran was granted a restraining order against Brown after claiming he was abusive during their relationship and that he continued to be violent after their breakup with threats against her life. Just last year, Brown was arrested in West Palm Beach, Fla. on a felony battery warrant.

Despite the controversies, Brown has remained a prolific star in the music industry. He recently signed a new contract with RCA Records that gave him control of his masters. However, that decision was met with backlash given Brown’s past and sexual assault allegations against R. Kelly who was recently dropped by the label.

Brown was released from French custody later on in the day.

Brown took to Instagram to declare his innocence. The expletive laden caption read, “This bitch lyin’.”

“I WANNA MAKE IT PERFECTLY CLEAR,” he wrote. “THIS IS FALSE AND A WHOLE LOT OF CAP! … FOR MY DAUGHTER AND MY FAMILY THIS IS SO DISPRESPECTFUL [sic] AND IS AGAINST MY CHARACTER AND MORALS!!!!!”

The post has since been deleted but Chiche said that the singer would pursue defamation charges.

“Chris Brown is free. No lawsuits were filed against him,” Chiche tweeted. “He vigorously challenges the charges against him. A complaint for slanderous denunciation will be filed tomorrow with the public prosecutor of Paris.”