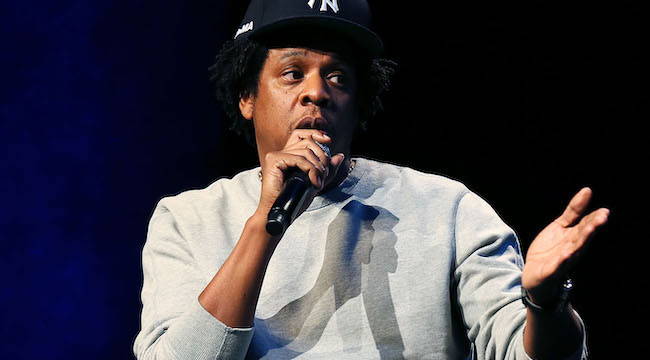 Roc Nation waded into the legal battle of Jabari Talbot and got the charges against the sixth grader dismissed after he refused to stand for the national anthem.

Team ROC , the philanthropic division of JAY-Z’s Roc Nation came to the legal aid of Talbot who was arrested in January after he chose not to participate in the anthem because it was offensive to Black people. His teacher, Ana Alvarez, then told the student to go back where he came from. The confrontation resulted in Talbot being arrested for bring disruptive. The arrest affidavit stated Jabari also threatened the substitute teacher with physical violence.

“Jabari is a courageous and intelligent young man who deserves all the credit for standing up for his beliefs,” Spiro said in a statement. “He should’ve never been arrested or entangled in this situation—his freedom of speech rights were clearly protected under the 1st Amendment.”

Jacksonville Jaguars’ Leonard Fournette, was also made aware of the case pending against the 11-year-old. He felt it was unjust but praised the boy for standing by his beliefs.

“Jabari is a bright young student and I applaud him for the strength he has shown during this difficult situation. I know he’s a huge football fan and I’m looking forward to having him come to a Jaguars game this season,” the athlete said.

His mother, Dhakira Talbot, thanked Roc Nation and all those who supported her son. She stated that prejudice was still too widespread and wanted to help others in the same predicament.

“Although Jabari’s case has been dismissed, I do want people to know this isn’t just about my son—this prejudice happens to African-American kids all across the country. The fight isn’t over, which is why I have a civil rights complaint pending with the U.S. Department of Education. At the end of the day, I want to ensure that no child ever has to experience this injustice again and we will appreciate everyone’s continued support,” she said.