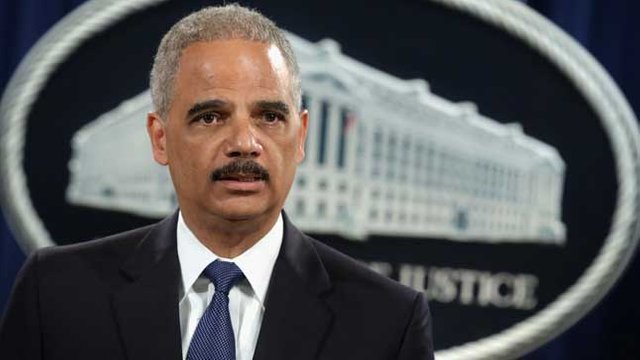 Eric Holder Will Not Run For President in 2020

Former Attorney General Eric Holder announced in an op-ed Monday that he will not be seeking the Democratic nomination for president in 2020.

Holder penned his decision in The Washington Post. He did not offer a reason as to why he would not seek the presidency but did resolve to remain involved in helping to elect the eventual nominee.

“Though I will not run for president in 2020, I will continue to fight for the future of our country through the National Democratic Redistricting Committee and its affiliates,” Holder wrote.

“I will do everything I can to ensure that the next Democratic president is not hobbled by a House of Representatives pulled to the extremes by members from gerrymandered districts.”

Holder served as the head of the Justice Department from 2009 to 2015 and was considered to be one of the leading contenders in a field that now includes Senators Kamala Harris, Cory Booker, Julian Castro and Bernie Sanders. Holder previously told “The Late Show” host Stephen Colbert in July that he would make a decision.

Now that the suspension is over, Holder outlined what he thought would make a good candidate and president. He highlighted intrgity and the ability to inspire the nation.

“In evaluating potential nominees, we should remember that creativity is not limited to the young, nor wisdom to those who are older. We must measure our candidates not by their age, but by the vitality of their ideas,” he wrote.

Holder also gave support for those who had big ideas that were transformative but not beholden to them beyond reason.

“Now is a time to think big — but to be wary of purists,” he wrote.