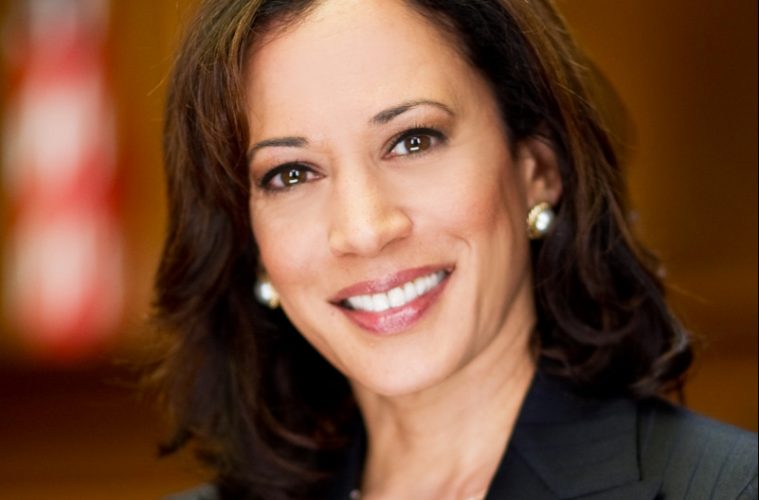 According to the Pew Research Center (PRC), a survey finds that the majority of Democrats would be interested in a candidate like Kamala Harris as president.

It looks like Joe Biden and Bernie Sanders shouldn’t be the leading candidates for the Democratic Party. The Left is far more interested in women of color taking on President Donald Trump in the mid-term. 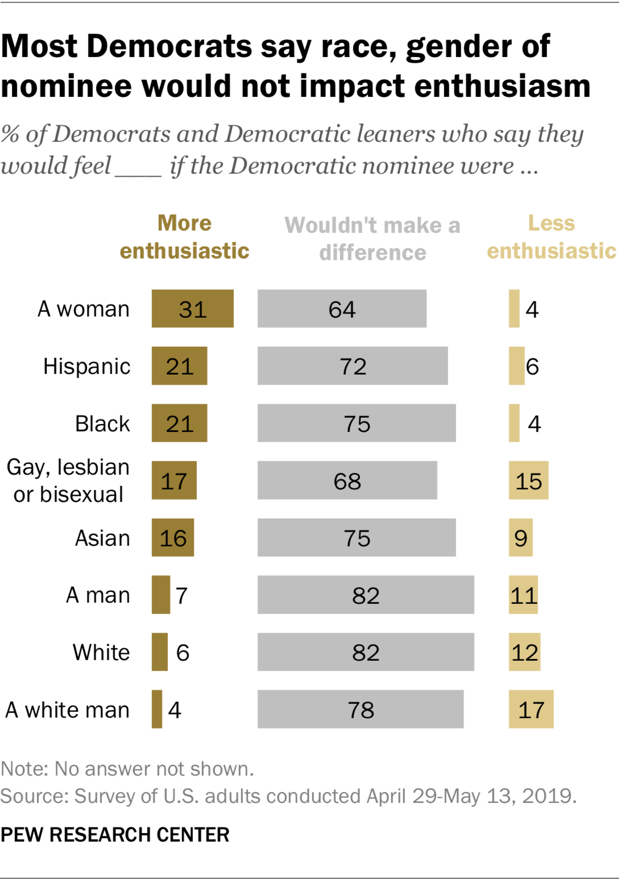 A bar graph on what most Democrats say race, gender of the nominee would not impact enthusiasm by Pew Research Center

Among the more than 20 Democrats running against Trump, the six females including Harris, Sen. Elizabeth Warren, Sen. Kirsten Gillibrand, Rep. Tulsi Gabbard, Sen. Amy Klobuchar, and Marianne Williamson have a clear advantage over their male challengers.

Despite having a less-known media presence than Biden and Sanders, Harris, an African-American Oakland-native woman, ranked third with 17 percent according to an April Quinnipiac poll via CNN among Democrats in California. Biden led with 26 percent, and Sanders came in second place at 18 percent.

Kamala Harris as president is currently championing women’s rights harder than any other candidate as she wants robust penalties. On employers who underpay women and an abortion rights law created on the Voting Rights Act.

If the survey is accurate, Cory Booker, Julián Castro, Andrew Yin, and Wayne Messam are more preferred than the former vice president and Brooklyn Democratic Socialist based on identity politics.

The PRC’s survey could be true. According to Real Clear Politics (RCP), Biden and Sanders respectively are leading first and second. However, the top 10 candidates are either people of color, a member of the LGBT community and have a Spanish-sounding nickname, including Mayor Pete Buttigieg and Robert Francis “Beto” O’Rourke, respectively.

Harris’ age, 54, also appeals to most Democratic voters as “most Democrats say they prefer someone in their 40s through their 60s, with nearly half (47%) saying the best age for a president is ‘in their 50s,'” according to PRC.

Although the survey indicates that Harris would be the most preferred candidate based on her characteristics, Warren, a white woman who deceitfully said she was Native American on her college transcripts, is leading third in the RCP polls.

One explanation why appealing Democratic candidate like Harris is falling behind an almost 70-year-old white woman with an identity crisis in the polls might have something to do with Harris’ lukewarm reception with black voters, who make up about 20 percent of all Democratic voters, according to 2016 primary exit polls and 2018 data from the PRC.