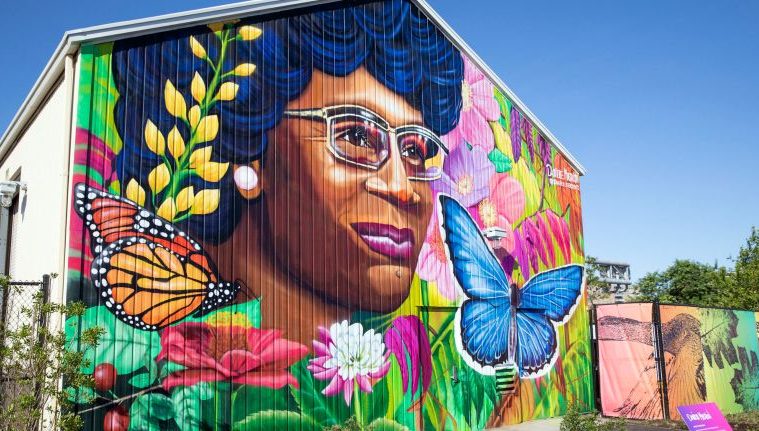 In Brooklyn, Shirley Chisholm, the first African-American woman elected to Congress, has a state park.

It’s official, the Brownsville-native has a namesake park.

The 407-acre green space on the Jamaica Bay waterfront in East New York includes 10 miles trails for hiking and biking, a pier for picnicking and fishing, and a mural honoring Chisholm.

The park encourages goers to ride a bike. There’s will be a “Shirley Chisholm State Park Bike Library,” which will allow people to rent recycled bikes for free.

The park is in its initial phase, which will cost $20 million. The second phase of the project will cost an additional $20 million and be completed in 2021. 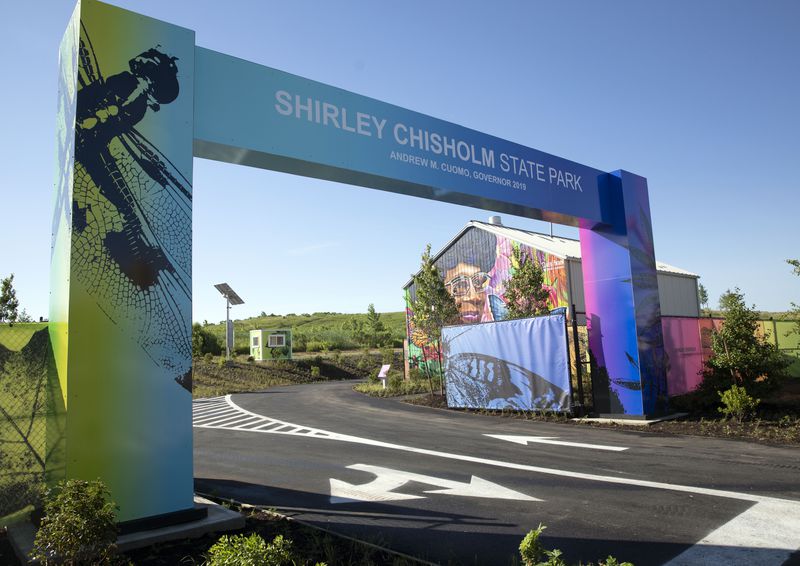 The entrance of the park.
Credit by Mike Groll/Office of Governor Andrew M. Cuomo

Who Is Shirley Chisholm

She was a school teacher turned politician.

Working at the nursery school, Chisholm worked hard on ranking higher in her teaching career.  She eventually became the director of two daycare centers.

Chisholm was considered a respected educator during the 60s. She would later become an educational consultant for New York City’s Division of Day Care.

Chisholm was the first Black woman to be elected to Congress in 1968. She was the New York’s 12th congressional district representative for seven terms and ran for an unsuccessful bid for president in 1972 the Democratic primary.

Although she lost and wasn’t well-funded, she’s the first Black woman to run for the office of the President of the United States. She was the first Black candidate to receive major presidential support.

Born to two immigrant parents on Nov. 30, 1924 — her father was Guyanese and mother was Barbadian — Chisholm grew up poor in Brooklyn.

She was a studious person throughout her life. Her upbring includes living with her grandma in Christ Church, Barbados where she received an education at Vauxhall Primary School.

Chisholm would eventually return to New York City for high school. She attended Brooklyn College for B.A. in sociology. and evening classes at Columbia University to pursue an M.A. in elementary education.

In Bed-Stuy, where Chisholm lived, a post office is named after her on 1915 Fulton St.

At Brooklyn College, The Shirley Chisholm Project of Brooklyn Women’s Activism is a repository of women’s grassroots social activism.

In 2015, Chisholm was posthumously awarded the Presidential Medal of Freedom by then-President Barack Obama.