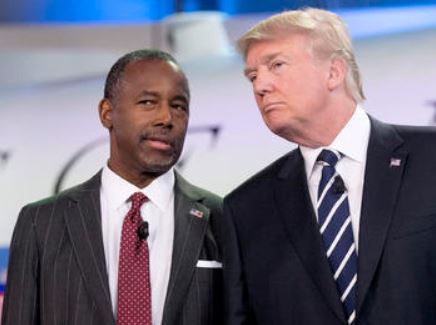 Undocumented immigrants in New York City, the Trump administration is enforcing a rule that would ban housing assistance. A new proposal from the Housing and Urban Development (HUD) would make two regulations affecting 11,000 New Yorkers with mixed immigration status.

The proposal was on May 10, but it draws closer to its July 9 due date.

According to Fox News, HUD Secretary Ben Carson said “, we have millions of legal Americans in line waiting for these very scarce resources.”

Changes To The Rule

Section 214 prohibits HUD from making financial assistance available to undocumented immigrants. A new rule would require verification of immigrants who are covered for housing assistance.

“It can’t work,” Carson said via Fox News. “When we have perverse incentives drawing people here.”

The proposal also specifies individuals who are ineligible immigration status may not serve as the leaseholder. It doesn’t matter if that person is part of a mixed-status family receiving assistance based on the percentage of eligible status members.

As of July 2, the New York City Housing Authority is encouraging people to comment on HUD’s proposal.

If a proposed federal rule goes into effect, over 11,000 New Yorkers across the 5 boroughs could lose their housing assistance!

Let’s work to make #affordablehousing a reality for more families. You can make your voice heard on @HUDgov’s website: https://t.co/BlmxIOyUL9 pic.twitter.com/E6Bx4FHesC

Councilwoman Diana Ayala (D-East Harlem) hasn’t written a public statement, but her Twitter page she expresses this proposal is “racist” and “unnecessary.”

We need to be just as outraged about this as we are about the current housing conditions at NYCHA. This is unjust, racist, inhumane and unnecessary. This is just another way to terrorize immigrant families. https://t.co/DIxLeumcrs

The quality of NYCHA Developments has been known to be lesser than sufficient. Among the 326 developments across the five boroughs, there are various problems in New York City’s affordable housing.

Hey, @nycha, what's the status here? This is unacceptable and needs to be fixed. #cleanupnycha https://t.co/Cc51BmcERL

The problems with NYCHA are so extreme, it’s will cost the city millions to repair these damages.

Newly-appointed NYCHA chairman Gregory Russ said to be making $400,000 annually, which is considered as much as sitting president makes.

In a tweet by Lynne Patton, a close friend of Trump and head of HUD’s Region II which covers New York and New Jersey, said she wants to investigate where are the millions of dollars in funding going towards.

President @realDonaldTrump doesn’t agree with it either. That’s why he instructed me and Secretary Carson to identify where the $30 MILLION PER WEEK we give @NYCHA is going first before advocating for more. How do you even assess a $45B figure without first stepping into NYCHA? https://t.co/0CgHtehEDZ