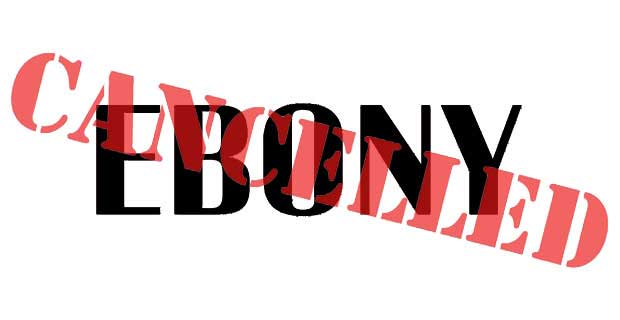 Ebony Magazine is probably shuttering down, as the company continues to be financially broke.

With the remaining writers fired, Ebony will potentially cease its operations completely, having already owing money to its former writers.

As Ebony fired employees without warning, former employees on Twitter are using the hashtag #EbonyOwes to express their detain for the publication for the past two years.

Ebony owes more than $200,000 to 50 freelance writers from 2017 alone, and the National Writer Union has been pressuring the publication to pay up in court.

Who’s Responsible For The Lack Of Paychecks?

According to USA Today, employees of Ebony’s digital staff are claiming they didn’t get their final paychecks.

The USA Today also tried to reach out to Co-chairman and Founder of Clear View Group (CVG), the parent company of Ebony, Michael Gibson. However, Gibson is declining to comment on Ebony’s situation.

The original and previous owner of Ebony was the Johnson Publishing Company (JPC) by an African-American, Chicago businessman John H. Johnson. Johnson eventually passed away on Aug. 8, 2005. After 71 years, in June 2016, JPC sold its publications to CVG, a Black-owned private equity firm that specializes in motor vehicles and travel.

This decision arguably led Ebony to where it’s now, and JPC filed for bankruptcy liquidation in April 2019.

The Former Editor Is E-begging For Birthday Money

A former editor for the world’s well-known Black publication is resorting to asking her Twitter followers for money on her birthday.

My b-day is 7/22 and I want to celebrate by getting a really big tattoo. The relocation, however, isn’t being very kind to my budget. If I’ve made you laugh or think over the years, consider sending me $1 towards the ink as a gift? https://t.co/brFASnzxBC pic.twitter.com/D4c4Yn8cYm

Jamilah Lemieux was the Senior Editor for Ebony Magazine since 2014, and some say she ruined the publication’s legacy.

Desperate fans can donate money to Lemieux on the Cash app towards her new tattoo.

This isn’t the first time this writer asked fans for money, having accepted a stranger’s PayPal donation, while working for Cynthia Nixon’s Governor run.

https://t.co/fns6CSWlD7, God bless you if not joking lol

If one were to point this materialistic behavior directly at Lemieux, prepared to be blocked regardless. She once blocked a fan for defending her donations.

All i did was support Jamilah Lemieux and she blocked me. Can any BW educate me on what I did wrong? pic.twitter.com/BfDdWEEGrw

Lemieux is a Black feminist whose far Left-wing views give the perception she hates men while being favorable to men who aren’t Black.

Being around men is an unpaid internship

Jamilah is out here splainin’ and coppin’ pleas because I exposed the reason for her vitriolic hatred for Black men. Now we see why there were a flurry of articles like THIS when she was at Ebony Mag pic.twitter.com/lsbw6UkVwr

Her reputation exceeds her writings, which it’s worth noting that she stopped writing for Ebony on Aug. 12, 2016.

With Ebony having money issues, Lemieux unusual demands for donations could be justified. Lemieux without a notice, her Ebony author page doesn’t include a profile headshot.