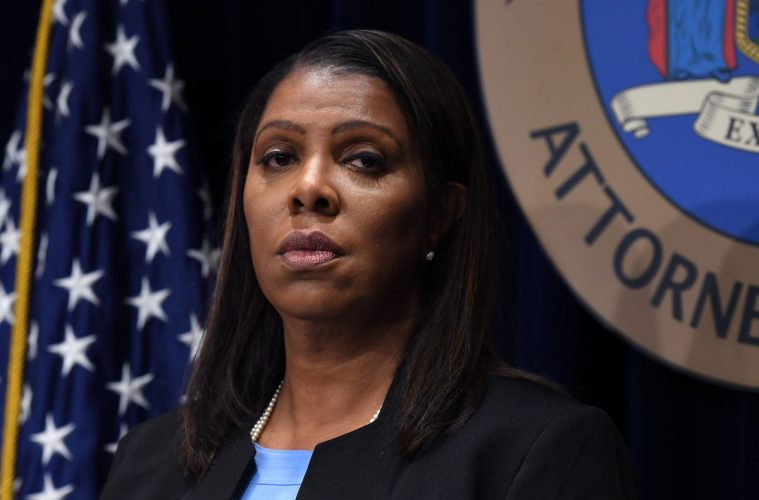 New York Attorney General Letitia James (D) filed a lawsuit against against the Treasury Department and IRS in U.S. District Court for the Southern District of New York for failing to respond to record requests Monday.

We've filed a lawsuit against the Trump Treasury Department & IRS for failing to respond to records requests as required by law.

The agency eliminated donor disclosure requirements for tax-exempt groups & refuses to comply w/the law to explain the rationale for these changes.

The suit argued that the agencies have not responded to information requests about their guidance reducing donor disclosure requirements for certain tax-exempt groups. New Jersey Attorney General Gurbir Grewal (D) also filed suit along with her. The legal recourse was in response to the Treasury and the IRS releasing guidance that eliminated a requirement for certain tax-exempt groups to provide the names and addresses of major donors on annual forms in July. The National Rifle Association and American Civil Liberties Union, labor unions and chambers of commerce were some of the groups that no longer had to include this information. James said that no reason was given to justify the changes to protocol.

“My office depends on these critical donor disclosure forms to be able to adequately oversee non-profit organizations in New York,” James said.

“Not only was this policy change made without notice, the Treasury and the IRS are now refusing to comply with the law to release information about the rationale for these changes. No one is above the law — not even the federal government — and we will use every tool to ensure they comply with these regulations to provide transparency and accountability.”

The Trump administration has maintained that the new guidelines were to ensure the privacy of donor. An An IRS spokesman declined to comment since the lawsuit is pending litigation. James and others have argued that failing to disclose all pertinent information was leading to the use of “dark money”.

In October, the New York and New Jersey attorneys general filed a Freedom of Information Act (FOIA) request asking for information about the origins and development of the guidance. The new lawsuit is asking that the court order Treasury and the IRS to disclose all records that are relevant to the FOIA requests in a prompt manner.