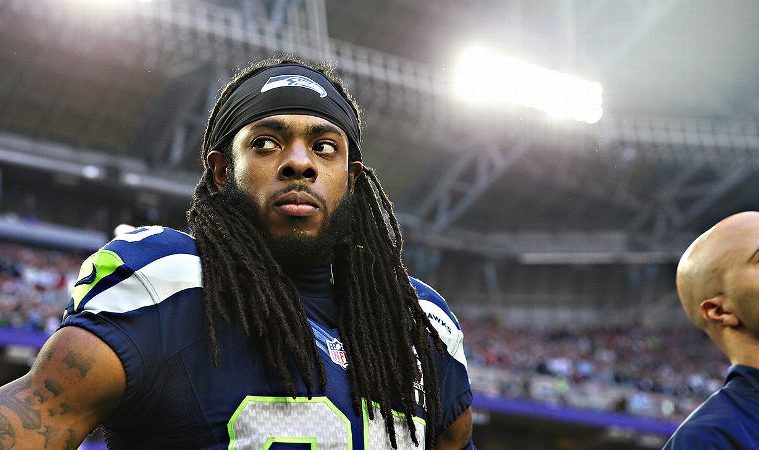 Richard Sherman, veteran cornerback of the San Francisco 49ers, said that new teammate Nick Bosa’s inflammatory social media past will not be an issue if he can play football.

Bosa, the former Ohio State standout and No. 2 pick overall in the 2019 NFL Draft, comes to the team amid controversy. He blasted Colin called Kaepernick, a former 49ers quarterback,as  a “clown” for his kneeling protest during the national anthem. Kaepernick sued the NFL for collusion and settled with the league last year but has not been signed by a team.

Bosa also made anti Black comments in regards to the Marvel blockbuster Black Panther and trashed Beyoncé’s music. Furthermore, he liked homophobic and racists posts shared on Instagram while sharing his #MAGA support for President Donald Trump who praised him in a tweet.

Congratulations to Nick Bosa on being picked number two in the NFL Draft. You will be a great player for years to come, maybe one of the best. Big Talent! San Francisco will embrace you but most importantly, always stay true to yourself. MAKE AMERICA GREAT AGAIN!

The posts in question were made when Bosa was in high school. His social media was scrubbed of all the content before the draft. Sherman told the Sacramento Bee Monday that he was ready to play alongside the rookie, 21.

“One thing about football is that nobody really cares what you say if you can play,” Sherman told The Bee on Monday following a speaking event for the Body Armor sports drink, in which Sherman is an investor. “At the end of the day, I think a guy that has played with African Americans his whole life, not saying he can’t be racist, but they know how to maneuver around African Americans.”

Sherman said the reception in the locker room would come down if Bosa knew how to play. His social media would not be held against him.

“It’s not like something where guys are like, ‘Hey man, what about what you said?’ No. No. If he can play, he can play. If he can’t play, he won’t be here,” Sherman said. “But at the end of the day, that’s all that matters in football. Is he getting sacks on Sunday? Is he helping our team? Is he being a good teammate? Those are things that matter.

“Now, if he’s a bad teammate, that’s something we’ll address.” 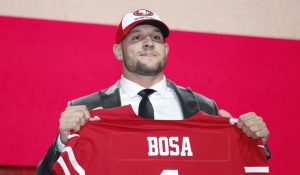 Sherman, who has been vocal about social issues, was hopeful that a new environment would change Bosa’s perspective.

“When you’re at Ohio State, it’s not like Ohio State’s an all-white school. So I don’t think that’s going to ever be an issue,” Sherman said. “I think, at the end of the day, your beliefs are your beliefs … but when you’re in the building and you’re a football player and you’re a teammate, you handle yourself accordingly. And I think he understands that.”

Bosa has declared that he was ready for a clean slate. He wanted to leave the past behind him and apologized at his introductory news conference.