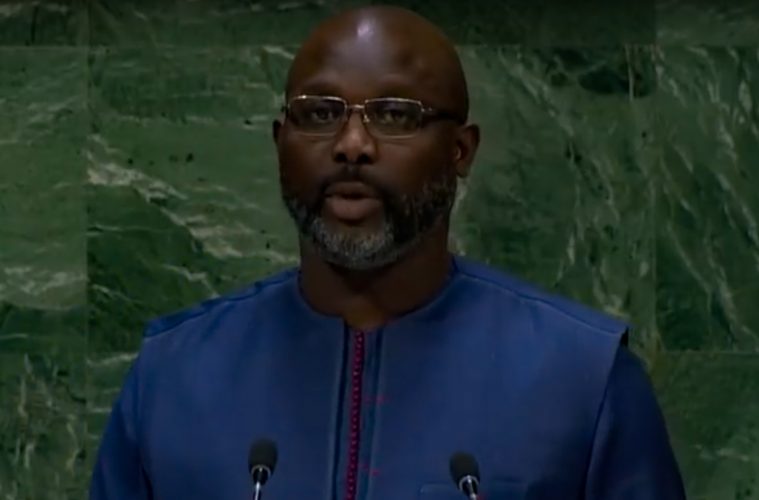 The saga of the missing $25 million dollars and the Liberian government’s investigation into the matter, which ignited outrage both nationally and internationally, is beginning to look more and more like a combination of corruption, misappropriation, and ineptitude being played out on the world stage. With protests sparked in the West African country and abroad, a dark cloud has pointedly settled over Liberian President George Weah’s administration, the government and the Central Bank of Liberia (CBL).

The Liberian people are clamouring for answers and explanations regarding the missing money earmarked to mop-up excess currency in an attempt to stem the nation’s plummeting economy and rising inflation. Yet after nearly two years of internal and independent investigations, the embattled Weah administration has turned up little more than what it began with – a litany of allegations and a gaggle of suspects.

The emergency infusion of the $25 million Liberian dollars ordered by President Weah was met with immediate scrutiny and skepticism. Yet the question of the plan’s effectiveness was immediately upstaged by the subsequent controversies that spawned in the infusion’s wake and resulted in travel bans, an absconding CBL executive, allegations, misguided indictments and scores of criminal charges.

When the infusion was announced in July 2018, President Weah empowered the CBL, the nation’s sole regulatory agency of banking and financial institutions, to provide supervision and oversight over regulation of the money changers that would be utilized. But from the outset there were irregularities and controversies that prompted Weah to issue a two week mandate to the General Auditing Commission (GAC) to report findings regarding the mop-up exercise conducted by the Technical Economic Management Team (TEMT), which was directed by Finance and Development Planning Minister Samuel Tweah through the Ministry of Justice.

President Weah’s mandate was based on a report by the Presidential Investigative Team (PIT), which called for a forensic examination of the exercise.

In addition to the report provided by the PIT, Kroll Scoping, an investigative institution commissioned by USAID, issued a report that found discrepancies in the amount of money delivered to the CBL’s vaults and the bank’s handling of the mop-up exercise. Accusations of missing millions or possibly billions of Liberian dollars set local and international media outlets ablaze and incited protests in Liberia and New York, talk of criminal conspiracies, and enough finger-pointing to go around. 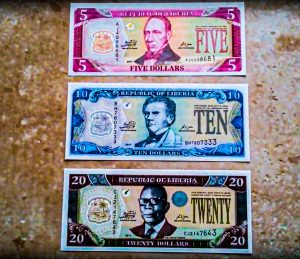 In October 2018, the Liberian government conceded that 104 million in Liberian dollars had gone missing. The CBL refuted these claims. yet despite the Central Bank and Financial Minister Samuel Tweah’s denials, travel bans were imposed on a number of CBL staff and internal investigations were launched by the Liberian Anti-Corruption Commission (LACC).

Nearly a year later in July 2019, Massah Soniean, Associate Director of the Banking Department and an executive member eyed in the LACC’s probe, resigned after an earlier rejection of her request for annual leave on account of poor health. However, by that time Soniean was informed that she and at least four other CBL executives were now under criminal investigation and served with writs of NE Exeat Republica to prevent she and her co-workers from leaving Liberia.

She was also ordered to appear for the investigation and give testimony, but Sonie ignored the writ and the order; and in August 2019 she took flight. Her whereabouts are still currently unknown.

Even with CBL executives now under criminal investigation by the Liberian government, including the now absconded Massah Sonie, there was still more controversy and criminal allegations to come. For what can only be now considered a misguided attempt without the benefit of clear evidence, the Liberian government claimed, in addition to the missing infusion money, an even larger criminal conspiracy was at play.

These suspicions fingered CBL executives and a company with centuries of reputation in currency production.

Early investigations by PIT and Kroll cited discrepancies in the amount of money printed in accordance with the money received by the CBL and placed in the bank’s reserve vaults. The Liberian government contracted the production of $15.5 billion Liberian dollars to be delivered between November 2016 and August 2018 from global currency printer Crane Currency of Sweden. The government alleged that Crane Currency intentionally overprinted $10 billion Liberian dollars as part of criminal conspiracy between the company and the CBL and was paid $8 million USD as a kickback for this service.

The allegations were forwarded despite earlier statements by Nathaniel Patry, the Governor of the CBL. In October 2018 Patry said, “all monies were logged by the CBL and delivered into reserved vaults of the CBL.”

Statements were also made by Financial Minister Samuel Tweah who emphatically declared that no money was missing. But by March 2019, Tweah was also facing the possibility of charges of money laundering by the U.S. government for failing to account for the missing money. Involvement in the investigation by the U.S. government came as a result of President Weah requesting assistance from the FBI.

The allegations against Crane Currency came as a result of “unofficial reports…that the Liberian Legislature reportedly unlawfully printed additional LD 10 billions,” and “confirmation” by Information Minister Len Eugene Nagbe that the overprinted 10 billion “has gone missing.” There were even insinuations of secret meetings in Malta, where Crane has its alternative European printing facilities, to discuss the collusion.

However, DeFalco countered by stating that his company fully cooperated with Kroll and the probe. The global currency producer’s denials went unheard, and Criminal Court “C” of Liberia issued a writ of arrest in November 2019 that charged, along with five former CBL executives, Crane knowingly and intentionally “did conspire and did do and did commit the crime of criminal facilitation.”

Crane was officially indicted by the Liberian government and with criminal accusations abound, Crane, who in December 2019 won a bid to print GH100 and GH200 bills for the Bank of Ghana (BoG), now had its long-standing reputation on the line.

After two months of further intensive investigation it was ultimately determined that there was some agreed-upon overprinting done to account for the possibility of imperfect banknotes, which was accounted for. In addition, the vast overprinting that was alleged by the Liberian government never happened, and the allegation came as a result of a miscalculation by both investigative teams which showed there were two additional cargo flights by Brussels Airlines to deliver the money.

However, airport records showed that there were only two flights and not the initially suspected four flights alleged to have brought the “overprinted” money. Two of the flights were actually canceled and rearranged making it appear as though the extra flights occurred.

Ultimately, Liberia’s Justice Ministry’s Attorney General Frank Musah Dean issued a letter to Crane Currency’s acting Commercial Director for Africa and the Middle East, Peter Brown, that the company did no wrong and entered into contract with the CBL “in good faith,” and all the money, including the overproduced banknotes, was accounted for. The Liberian government dropped the charges in mid-January 2020. Furtherstill, Judge Nancy Sammy of Criminal Court “C” noted later that month that “the government erroneously implicated Crane Currency.” The Justice Ministry filed a motion to Nole Prosequi, requesting for the charges to be dropped.

These charges and their subsequent dismissal came on the heels of allegations of corruption aimed at President George Weah and further suspicions of corruption by officials at the CBL who were accused of issuing “old” banknotes to the Office of the President, to fund Weah’s trip to Senegal to attend its new president’s inauguration. In April 2019, Governor of the CBL Nathaniel Patry announced suspensions of Deputy for Bank Reconciliation Juah Fella and the now absconded Assistant Director of Banking, Massah Sonie. Both were appointed by the CBL to assist the GAC in its audit of the mop-up exercise.

A third CBL official, Assistant Director of Procurement Isiah Martin was dismissed by Patray with no public explanation for his removal.

With so much controversy swirling around the financial mishaps and investigative missteps of and by the Liberian government, the United States Federal Reserve “placed holds on all CBL foreign transfer payments,” further punctuating that the mystery of the missing Liberian money appears no closer to being solved.