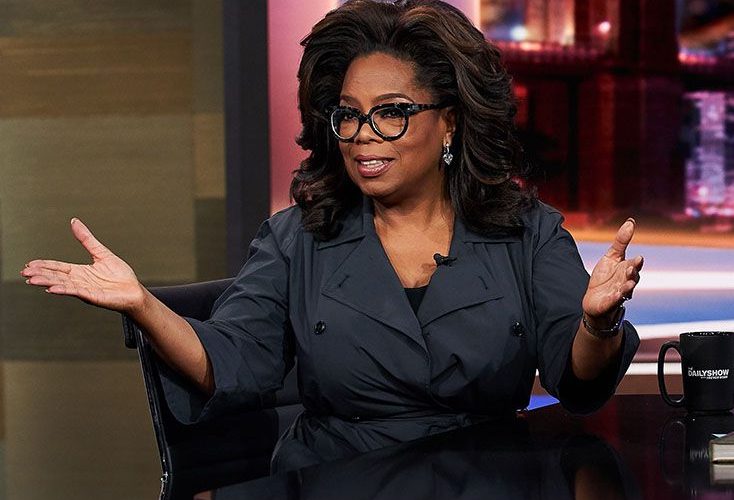 Oprah Winfrey appeared on The Daily Show Wednesday and discussed the intense backlash she has received over her decision to interview the two men who have accused Michael Jackson of sexually abusing them.

The media titan has been promoting her new book, The Path Made Clear, and Trevor Noah brought up Winfrey’s special “Oprah Winfrey Presents: After Neverland” that aired in March. It followed the HBO docuseries “Leaving Neverland” in which Wade Robson and James Safechuck accused the late music icon of sexually abusing them as children.

“It felt personal for you. It felt visceral,” he said. “But you got a lot of hate for doing it.”

Winfrey said that she was prepared for many watching the special to be upset. Winfrey felt that it was important for people to know the grooming process involved. The conversation that resulted made the backlash worth it.

“When I first saw that documentary, I realized a lot of people were going to get triggered watching it, and that a lot of people will not understand what the pattern is,” Winfrey said. “Because I had done 217 shows [on The Oprah Winfrey Show] trying to get people to understand that it’s not about one person, it’s about the pattern, it’s about the seduction. People called it molestation but there is a big seducing that goes on and the pattern of that seducing. And that was important enough to me to take the hateration.”

Winfrey said the last time she experienced so much hate was in 1997. She invited Ellen DeGeneres to be a guest on her show after DeGeneres had come out publicly as being gay.

“I haven’t had that much hateration since I did the puppy episode with Ellen (DeGeneres),” Winfrey said.

In recent weeks, many inconsistencies have been found in the account of the accusers. In particular, a British journalist declared that Safechuck couldn’t have been molested in a room at the Neverland train station between 1988 and 1992 as he claimed since it wasn’t built until 1994. Despite this, Winfrey said that she has not wavered in her decision to offer the two men a platform.

“You know why I have not wavered? I’ve had girls at my school who were sexually assaulted and abused. And I have never won a case, and the reason I have never won a case is because when you put a girl on the witness stand and she can’t remember if it was Thursday or Wednesday, it’s automatically discredited. When you’re in the midst of trauma, you may not remember the exact time,” she said.