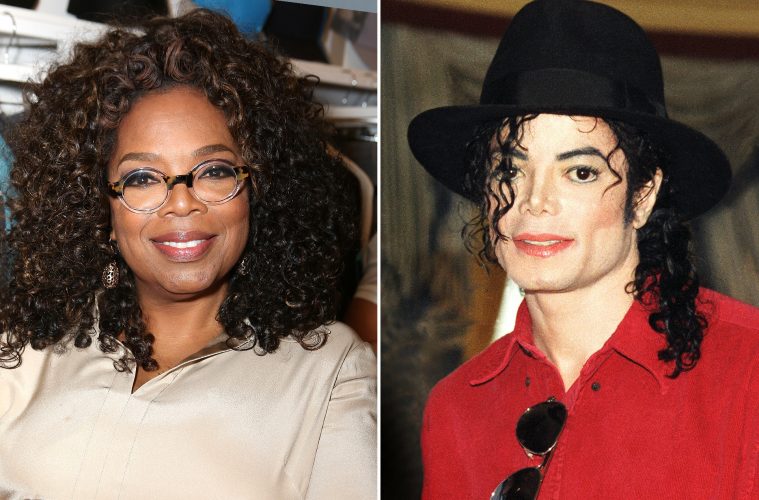 Oprah To Interview Michael Jackson Accusers For ‘After NeverLand’ Special

Oprah Winfrey will host a one hour special with the two men accusing Michael Jackson of sexual abuse.

“Oprah Winfrey Presents: After Neverland” will air Monday, March 4 at 10 pm ET/PT on both OWN and HBO, immediately after the second part of “Leaving Neverland.” Wade Robson and James Safechuck will be interviewed by the media titan. Their claims of being groomed and forced to perofrm oral sex by the late entertainer are the basis of the HBO special. The “King of Pop”, who died in 2009, always denied any abuse. He was acquitted in 2005 of molesting a child and previously settled claims in the 1990’s.

Oprah interviewed Jackson in 1993 in a broadcast live from Neverland Ranch.

The HBO synopsis of the Dan Reed documentary “explores the separate but parallel experiences of two young boys, James “Jimmy” Safechuck, at age ten, and Wade Robson, at age seven, both of whom were befriended by Michael Jackson. They and their families were invited into his wondrous world, entranced by the singer’s fairy-tale existence as his career reached its peak. Through gut-wrenching interviews with Safechuck, now 40, and Robson, now 36, as well as their mothers, wives siblings, Leaving Neverland presents their accounts of sustained abuse, exploring the complicated feelings that led both men to confront their experiences after both had a young son of their own.”

“Leaving Neverland” premiered at the Sundance Film Festival in January to much fanfare and controversy. Layers for the estate of the late Jackson have gone after Robson and Safechuck as greedy opportunists. Robson testified on Jackson’s behalf in 2005 but has since recanted his testimony. Both men sued the estate but the courts dismissed their complaints and they have appealed.

“HBO and the director were well aware of their financial motives and that ample opposing facts are available from numerous sources, but made the unconscionable decision to bury any evidence casting doubt on their chosen narrative,” Howard Weitzman, attorney for the estate said.

“Had they made an objective film it would have allowed viewers to make up their own minds about these allegations, instead of having a television network dictate to them that they must accept these false claims about Michael Jackson.”

The estate filed a $100 million suit against HBO, alleging that the airing of this documentary violated a 1992 agreement which barred the outlet from disparaging Jackson. HBO refused to cancel the airing and alleged that the estate was undermining the film.

“HBO will move forward with the airing of Leaving Neverland, the two-part documentary, on March 3rd and 4th. This will allow everyone the opportunity to assess the film and the claims in it for themselves,” HBO said in a statement.

Members of Jackson’s family have taken to the media to defend their brother’s honor. They insisted these allegations were part of a money grab.

“I hate to say it when it’s my uncle, it’s almost like they see a blank check. These people felt that they’re owed something. You know, instead of working for something, they blame everything on my uncle,” Taj Jackson said.