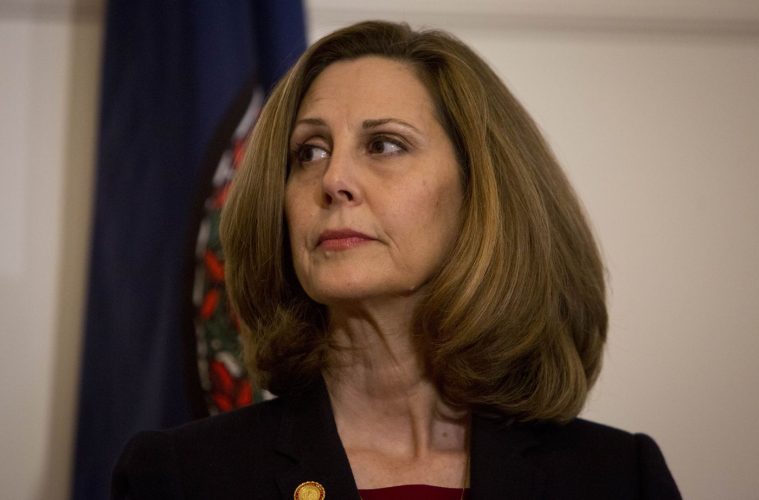 Virginia first lady Pam Northam apologized Wednesday after she gave out cotton to African American children and told them to imagine themselves as slaves.

“I regret that I have upset anyone,” Northam said. “I am still committed to chronicling the important history of the Historic Kitchen, and will continue to engage historians and experts on the best way to do so in the future.”

The controversy erupted when Monday when Leah Dozier Walker, director of the Office of Equity and Community Engagement at the Virginia Department of Education, sent a letter Northam’s office expressing her frustration.  Walker was upset that her eighth grade daughter and another Black student were given the candy by Northam during a recent tour of the governor’s mansion. The first lady spoke in the mansion’s kitchen cottage, where slaves used to work and directed the children to act as though they were in bondage.

“During the tour of the Mansion Cottage, (Walker’s daughter) and two of her (fellow) pages were asked to hold cotton that the First Lady retrieved from a bowl on a nearby table,” Walker wrote in the letter. “Mrs. Northam then asked these three pages (the only African-American pages in the program) if they could imagine what it must have been like to pick cotton all day.”

The racial overtures of this incident are the latest to rock the Northam administration and household. Earlier this month, Democratic Gov. Ralph Northam, apologized for the use of blackface and posing in KKK garb in 1984 yearbook for Eastern Virginia Medical School. Within a day, Northam said that he was mistaken and that it was not him in the offensive pictures but did admit to darkening his face to look like Michael Jackson in order to win a dance contest that same year.

Northam resisted calls to resign and vowed to make amends with the African American community. Walker felt that he and his wife both had a long way to go.

Walker wrote that their collective actions “do not lead me to believe that this Governor’s office has taken seriously the harm and hurt they have caused African Americans in Virginia or that they are deserving of our forgiveness.”