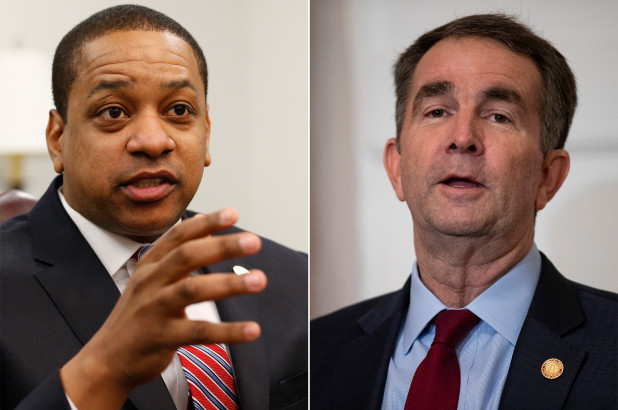 Tyson, who is a professor at Scripps College in California, said that Fairfax attacked her in July 2004 during the 2004 Democratic National Convention in Boston. Tyson said she was now coming forward after being branded a liar by Fairfax.

“With tremendous anguish, I am now sharing this information about my experience and setting the record straight. It has been extremely difficult to relive that traumatic experience from 2004. Mr. Fairfax has tried to brand me as a liar to a national audience, in service to his political ambitions, and has threatened litigation. Given his false assertions, I’m compelled to make clear what happened,” she said in the statement.

Tyson further said that Fairfax invited her to retrieve documents from his room. Tyson said that she had no reason to feel threatened by him but then went on to describe the alleged attack. Tyson claimed that Fairfax forced his penis into her mouth and forced her to perform a sexual act.

“Utterly shocked and terrified, I tried to move my head away, but could not because his hand was holding down my neck and he was much stronger than me,” she said. “As I cried and gagged, Mr. Fairfax forced me to perform oral sex on him. I cannot believe, given my obvious distress, that Mr. Fairfax thought this forced sexual act was consensual.”

Tyson is being represented by the law firm Katz, Marshall & Banks LLP. Debra Katz represented Dr. Christine Blasey Ford when she accused now-Supreme Court Justice Brett Kavanaugh of sexually assaulting her while in high school. Tyson maintained that she had no political motive to make these accusations, stating that she was a proud Democrat.

“I have never wavered in my account because I am telling the truth,” she said. “I have no political motive. I am a proud Democrat. My only motive in speaking now is to refute Mr. Fairfax’s falsehoods and aspersions of my character, and to provide what I believe is important information for Virginians to have as they make critical decisions that involve Mr. Fairfax.”

Fairfax released his own statement on Wednesday, denying any wrongdoing. He insisted that any sexual encounter with Tyson was consensual.

“At no time did she express to me any discomfort or concern about our interactions, neither during that encounter nor doing the months following it, when she stayed in touch with me, nor the past fifteen years,” Fairfax said in the statement. “She in no way indicated that anything that had happened between us made her uncomfortable.””

The allegations against Fairfax come during a turbulent time in Virginia politics for the Democratic party. Gov. Ralph Northam has been accused of wearing blackface and KKK robes while in medical school in 1984. He apologized and then recanted the admission it was him during a press conference last Saturday and has refused calls for his resignation. Furthermore, Virginia Attorney General Mark Herring (D) on Wednesday also admitted to using blackface as a teenager.

“I had a callous and inexcusable lack of awareness and insensitivity to the pain my behavior could inflict on others. It was really a minimization of both people of color, and a minimization of a horrific history I knew well even then,” Herring said.