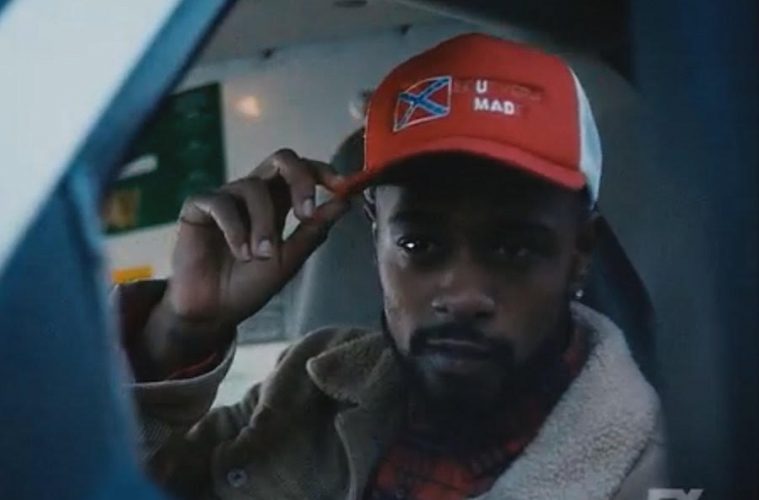 In all walks of life, not just the world of Physics, potential represents possibility. The possibility that this anvil hanging from a rope can strike the ground with the force of gravity. The possibility that the person you’re dating can make a great husband or wife. The possibility that 5 kids with afros could take the world by storm, with one of them serving as the eye of it. In all of these cases, an element of change enters the equation to turn possibility into reality. For Michael Jackson and his brothers and sisters, that element of change was their late father Joe Jackson, who recently passed. A few months prior to Joe’s passing, Donald Glover used the platform available to him via his hit FX Show Atlanta 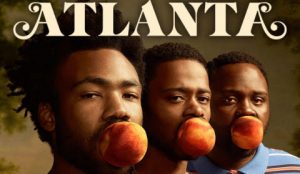 to pay a grim, eerie, and shocking tribute to Michael Jackson and the unusual relationship with his father that may have been paramount to his success.

Atlanta is a show centered around three inner city 20-somethings: Donald Glover’s character Earn, Earn’s cousin “Paper Boi”, and their childhood friend Darius. Paper Boi is an aspiring rapper striving for superstardom with an intent to help take care of his family and friends, as they suffer from the struggles that plague any American southern inner city: homelessness, poverty, drug addiction, alcoholism, racism, among others. Earn, who is homeless with a daughter and a “Baby Mama,” doesn’t want to be just another “hanger-on” to Paper Boi’s potential success, so, he decides to partner with his cousin and manage him by lining up performance gigs in an effort to build Paper Boi’s brand and ultimately earn his cousin a major record deal. The witty show tends to add quirky twists to seemingly ordinary, everyday situations, while normalizing outrageous circumstances. Unfortunately, for Earn and Paper Boi’s childhood friend Darius, there was nothing ordinary about the day he met Teddy Perkins.

The episode follows Darius as he takes a day away from his closest friends to get himself something nice: a piano with rainbow-colored keys. Darius rents a U-Haul truck and takes the drive to pick up the piano. Waiting for Darius as he pulls up to the mansion is the severely pale-skinned Teddy Perkins, played by Donald Glover. It turns out that Teddy is the owner of the sought-after piano and before sending Darius on his way with the instrument, Teddy invites him in for a glass of water he will never forget…at least, Teddy will forget (insider).

During the tour of Teddy’s mansion, Darius realizes that the seller of the piano is quite the oddball, similar to how Michael Jackson was perceived during his adult life. As the tour progresses, Teddy makes it a point to recognize his father for “training” him to become expert pianist that Darius has overlooked, similar to Papa Joe’s treatment of the Jackson 5 before they achieved superstardom. 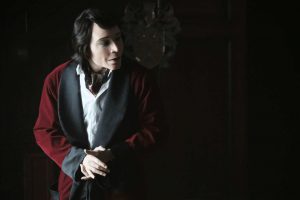 As the episode progresses, it is revealed that Teddy was abused by his father as a child when he didn’t perform perfectly on the piano, once again drawing parallels between the Perkins and the Jacksons’ father’s disciplinary methods. Unfortunately, Teddy’s mind was traumatized to the point where he believed that the abuse was beneficial and necessary for his development as a pianist. The episode descends to a much darker tone and packs quite the climax. The idea that sticks out to the audience is the fact that Teddy’s father pushed his son past the point of abuse in an effort to get the most out of his son, the same way Joe Jackson pushed Michael and the rest of his children.

The perceived lack of father figures in Black homes is well-documented, but, not so much the lack of effective discipline in Black homes. It goes without saying that the acts of violence that Joe Jackson committed against his children is heinous and intolerable. No wrongdoing committed by a child warrants the degree of physical abuse dished out by Joe Jackson or Donald Glover’s fictional character. The fact still remains, though, that these two fathers demanded and expected the best from their children and were committed enough to get it out of them. Yes, having Black fathers in the home is crucial to the prosperity of every Black family. Too many people lose sight of just how important the Black father is, though.

When the necessity of Black fathers is mentioned, it is almost always as the role of protector or provider, which are both foundational components of Black fatherhood. However, this limits the Black father as sort of a caveman figure that maintains and keeps the infrastructure of the family intact. This figure rarely motivates or inspires the mother or the children; he is just there to make sure everything is copacetic. The Black father that is needed should partially incorporate the thinking of Joe Jackson and Teddy Perkins’ father: determine a way, excluding abuse, to drive the children to achieve their maximum potential, while making it clear that anything less is unacceptable.

This kind of Black father has the potential to raise a generation of achievers, rather than a generation of low lives. The only question is when will this element of change enter the equation to turn possibility into reality.