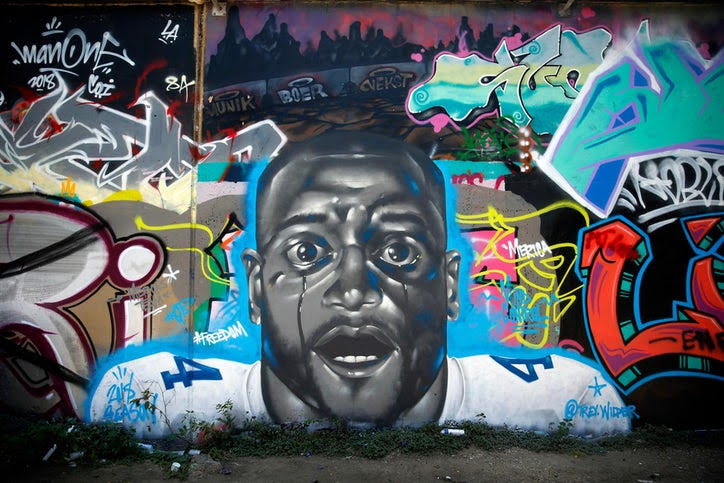 When prospective 20-somethings make the commitment to declare for the NFL Draft and become fortunate enough to achieve a roster spot, the last thing they’re probably considering is the restrictions implemented over their First Amendment right of Free Speech. Even though it may not be an actual clause in NFL contracts, it sure does seem like the 31 owners are making an unethical and immoral effort to show these physical specimens who truly flexes the biggest muscle. 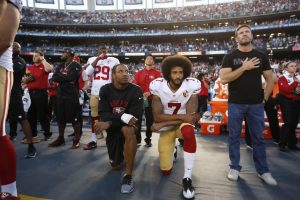 With the recent rules established that prohibit kneeling during the National Anthem, it’s becoming evident that the attempt to silence socially conscious players is a control tactic for the powers that be.

The displays of social awareness in recent years by the likes of Colin Kaepernick, Eric Reid, and New Jersey native and Super Bowl Champion Malcolm Jenkins has allowed the fraternity of football players to establish a voice for themselves. With said outspokenness by means of silence, the NFL’s labor force has reminded the world that in the grand scheme of things, football is merely an occupation that makes up a percentage of their whole being. For some concerning reason, a number of patrons of the NFL product have voiced their opinions of disapproval regarding the coordinated kneeling protests. Frankly, the League has heard their audience loud and clear and have taken official action to deter the players’ social awareness.

The League has declared that kneeling — or peacefully and silently protesting social injustice — during the National Anthem will warrant in-game penalties and/or fines. Individual teams have vowed to take things even further by exercising extreme measures. 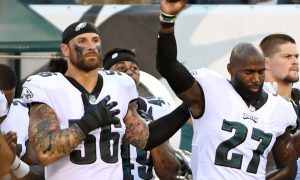 The Miami Dolphins are prepared to implement game suspensions for players that break the rule. Despite what the League wants the players to think, it’s the front offices of the NFL that are truly breaking the rules.

This new rule against protesting was enacted by the League without a proper consultation with the NFL Players Association (NFLPA). Think of the NFL as a company like UPS and the NFL players as its employees. The NFLPA is a collective of NFL players — active and retired — that serves as a Union for the athletes and ensures that the players are not being taken advantage of, contractually or otherwise. Every 10 or so years, the NFL owners and NFL players negotiate and update revenue terms that are agreed upon by both sides of the fence. Even though this collective bargaining occurs every decade, the Players Union remains diligent year after year to ensure that the players’ rights and best interests are kept in mind as the League conducts its off-the-field business. It doesn’t appear that any contractual rights are being violated; however, the evident violation of civil rights should open the door for the Union to intervene. While the Players Union was intended to keep the interests of all players in mind, it’s a shame that there are players who are uninterested in an intervention of this sort. 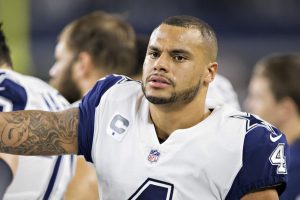 Dak Prescott, Quarterback and leader of the Dallas Cowboys (often dubbed “America’s Team”), recently expressed solidarity with Jerry Jones, Owner of the Dallas Cowboys, when he declared that players would be cut from the team if they kneel during the National Anthem. Prescott, who is mixed with Black and White, has gone on record to express that demonstrating social awareness is not meant for the football stage. In an age where individuals are an anomaly and trends are mimicked, I agree with the argument that taking action must consist of something greater than taking a knee on a football field, considering the fact that Blacks have not yet achieved victory. There is still work to be done on the front lines and the players owe it to their people to get down in their work boots, not their practice cleats. 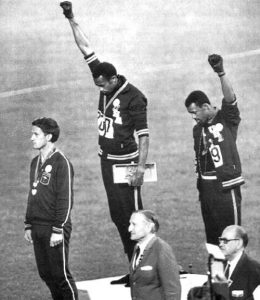 affirm such a comment, sure, Prescott’s cosign of Mr. Jones’ declaration can be considered in this fashion. But, I couldn’t imagine Prescott detesting Tommie Smith and John Carlos’ Black Power Salute during the 1968 Olympics. Sure, social awareness without works is dead, but, there is something to be said about representation at the hands of the Black Elite. An influential figure making a simple gesture can generate so much motivation and inspiration in a race of people that is starving for a social leader. Whether our people should be seeking said inspiration and motivation from entertainers is a conversation for another article, but, like Tupac Shakur emphasized about himself, it is the duty of the role models — desired or not — to spark the brain that will change the world. Our people have to start somewhere.