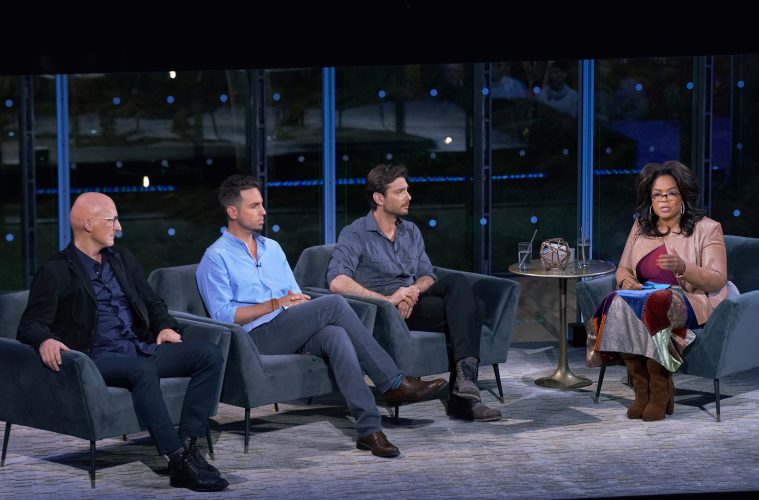 Oprah Winfrey is standing by her decision to interview the two men who have accused Michael Jackson of sexual assault and has voiced her complete support for them.

Winfrey has been met with criticism because she ed a platform to Wade Robson and James Safechuck, the two men accusing the late Jackson of grooming and molesting them. They are featured in Dan Reed’s “Finding Neverland” which premiered at Sundance in January and will air this weekend on HBO. Winfrey invited all three men to be a part of her one-hour special “Oprah Winfrey Presents: After Neverland” that will be broadcast immediately after the controversial documentary.

“I know people all over the world are gonna be in an uproar and debating whether or not Michael Jackson did these things or not, did he do it or not do it, whether these two men are lying or not lying,” Winfrey, 65, said during the taping.

The 65-year-old media titan said that this particular moment in time transcended beyond the King of Pop.

“This is a moment in time that allows us to see this societal corruption. It’s like a scourge on humanity and it’s happening right now. It’s happening in families,” she said.

Winfrey spoke to the audience before she began interviewing Robson and Safechuck about their allegations. Jackson, who died in 2009, always maintained his innocence.

“As you just saw in Leaving Neverland that as young boys, these two men did not feel abuse until much later on in life. And when you are a child — this is the message I want every parent to hear — you don’t have the language to explain what is happening to you because you’ve been seduced and entrapped,” she said.

Winfrey said she expected herself and the participants to be the subject of scorn.

Winfrey began her questioning by asking Jackson’s accusers why they previously testified that they had not been victims. Robson claimed that he did not realize that Jackson’s actions were abuse at the time.

“I had no concept of it being that. From night one of the abuse, of the sexual stuff that Michael did to me, he told me that it was love. He told me that he loved me and that God brought us together,” he said.

“I was this little boy from the other side of the world in Australia. Michael was God to me…anything Michael was going to say to me was gospel to me.”

Winfrey interviewed Jackson in 1993 and has not yet stated if she will invite members of his family a platform to refute the claims in “Finding Neverland”. Jackson’s nephew Taj, and brothers Jackie, Marlon and Tito denied the accusations to “CBS This Morning” co-host Gayle King earlier in the week. They were adamant that money was the root issue and that the “Thriller” singer would never sexually abuse a child.

“Oprah Winfrey Presents: After Neverland” will premiere simultaneously on HBO and OWN following the end of “Leaving Neverland”’s two-night HBO premiere on March 3 and 4.