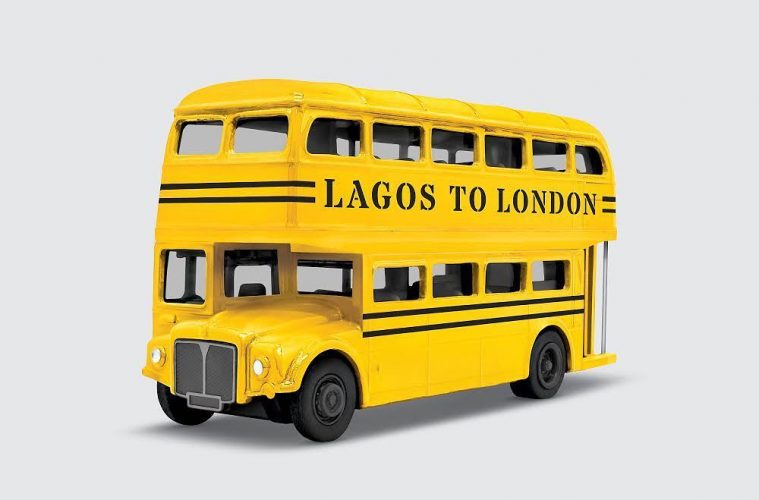 Mr Eazi Shows Lagos to the World in ‘Life is Eazi, Vol. 2 – Lagos to London’

Afrobeats has slowly been making its mark on the world. For years, the high-tempo and extremely danceable West African version of pop has been solidifying its base all across Africa and now the world is finally noticing that the genre is here to stay. The latest indicator that all eyes should be on Africa is the second volume of Mr Eazi’s ‘Life is Eazi’ mixtape.

In ‘Lagos to London,’ Eazi completely surpasses his debut mixtape ‘Life is Eazi, Vol 1 –  Accra to Lagos.’ Incorporating London’s Afroswing sound, Nigeria’s Afrobeats, Ghana’s highlife, Europe’s EDM, and Kenyan sheng, the mixtape does a great job of blending these individual sounds and flairs and making an international and intracontinental mix of African percussions and slang with a tinge of Western synthesizers and horns. Everything about the mixtape is well thought out and calculated. From the distinct sounds that create the migration from Lagos to London, to the artists from different parts of the world and the continent. Burna Boy, Diplo, Chronixx, Giggs, Lotto Boyz, and Simi are all from different genres and have had massive success this year, either touring Africa or releasing albums and singles.

2017 was Mr Eazi’s breakout year, he released the first volume of the ‘Life is Eazi’ mixtape. He was featured on Apple Music’s ‘Up Next’ series where he got a chance to perform on ‘The Late Late Show with James Corden,’ and he released the Tidal exclusive documentary ‘Life is Eazi.’ Skilled in taking different sounds and making them his own, he has created his own genre of music that he refers to as Banku Music. On ‘Lagos to London,’ the Nigerian artist continues this trend and leaves you wondering, where can Mr Eazi go from here?

Only up, apparently. His fusions have undoubtedly played a role in shaping the current direction of African music, so much so that last year he received backlash for stating that Nigerian artists were copying his style by bringing Ghanaian influences into their music. This fusion of different genres is nothing new to the music industry, as we have seen with Afroswing, the fusion of Dancehall and UK rap, and even the Afrobeats genre.

What is undeniable though is that the 27-year old is good at combining these sounds and elements and making them feel brand new. On ‘London Town’ he fuses Nigerian pidgin with Grime. The blunt and sometimes brash nature of Nigerian pidgin and the gritty sound of grime go hand in hand as though they were long lost siblings. Eazi’s hyped exclamations and Giggs’ guttural growl, make you want to shout from the rooftop that you too “have peng tings in’a di London Town,” and explain why Eazi refers to himself as Uncle London.

The way Mr Eazi approaches the music industry is different than the way most of his peers interact with it and this will cement his place as one of Africa’s top artists. With artists like Davido, music seems to be something you do to have fun and make some money on the side because your dad allegedly owns a chunk of Nigeria. According to Mr Eazi, before he was a musician, he was an event promoter while studying in Ghana. As noted in the Financial Times article, ‘Davido, Mr Eazi and how Afrofusion went mainstream in the West,’ Eazi spent the money he made from his businesses to fund his music videos and tour. 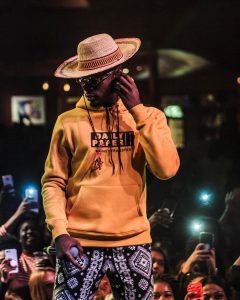 “I never woke up thinking I wanted to be a musician. I was an entrepreneur first. But I found myself in an influential position. In a way I am doing this because I want to be a curator, or a carrier – it’s all part of entrepreneurship.” Eazi explained in an interview with Red Bull.

In an interview with Punch Nigeria, he recently revealed that he never charges any African artist to collaborate with him and on Nov. 15, he launched Empawa Africa. A competition that aims to find 100 of the most talented artists/musicians in Africa and give them each $3000 toward their music and video production.Mr Eazi is not only changing the sound of the African music industry but he is also changing the way people conduct business and help upcoming artists and this will cement his place as one of Africa’s top artists

The collaborations, the partnerships, and even the way Mr Eazi markets himself is different from the way past African musicians have promoted themselves and their music. While other artists market themselves and their lifestyles as attainable to a select few or something aspirational, Mr Eazi comes across as one of us. He brings the rest of us along on his journey in a way that makes his success seem as though it is not only his but a win for the entire continent.

Mr Eazi is not the best vocalist nor is he the best lyricist – I’ll let the lyrics ‘Bambam bilam bambam, girl you kill me with your bum bum,’ speak for itself – but he is gifted with the ability to take listeners to different destinations through his combination of sounds and well-shot videos. Whether it is taking the homesick African to the middle of their favorite local restaurant that’s known for grilled meat, beer, and soccer  in ‘Lagos Gyration.’ Or somehow managing to keep the listener in Lagos while also in London on ‘Open & Close.’ A track that combines the sounds of 2009 UK music, in the style of Gracious K’s ‘Migraine Skank’, and the modern-day beats that would not be out of place in the viral Instagram videos of extremely buff and well-lotioned men dancing shirtless in African print.

It doesn’t hurt that a lot of the songs Mr Eazi releases are catchy and great to dance to. On ‘Surrender,’ the saccharine croonings of Simi and the continuous repetition of ‘I surren, I surren to your ileke idi o’ make you want to Shoki your way into someone’s arms. Mr Eazi makes falling in love fun. All great African musicians are skilled at making what would ordinarily be rude sound romantic and heartfelt. Davido asked his love interest if she was done talking before singing ‘I don’t want to be a player no more,’ on ‘Fall’ and  Mr. Eazi follows suit on ‘Miss you Bad’ when he says ‘Wey I cheat, wey you cheat back baby make we cancel am.’  He makes the illogical idea of having his partner cheat on him in order to cancel out the cheating he did, seem like a viable solution as you Shaku Shaku your way into making bad decisions.

When an African artist like Mr Eazi finds international success there is a risk that their music will no longer appeal to their original base. In 2011, it was announced that D’banj, Africa’s hottest artist at the time, had signed to Kanye West’s G.O.O.D Music label. The next year, D’banj released the single ‘Oliver Twist,’ an instant hit that stoked up even greater excitement when the music video was released and featured cameo appearances by Kanye West and Big Sean. The following year he was featured on the ‘Good Music Cruel Summer’ album and many thought D’banj was on his way to becoming an international superstar. African music was finally about to find success in the mainstream Western music industry. What followed was relative silence from D’banj. Once Africa’s most prolific artist, D’banj was no longer mentioned or heard of as frequently as before. Some people are of the opinion that his descent from the top of the charts was because he and frequent collaborator, Don Jazzy, parted ways and disbanded their record label Mo’hits. While other arguments assume because he signed to GOOD Music —later parting ways with them as well —he never attained or maintained the level of fame and success he had during his peak years. International success does not always translate well with local fans. 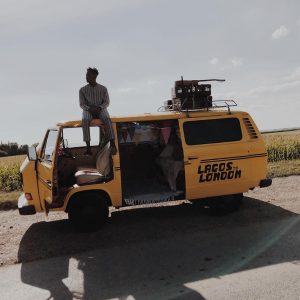 I think Africans saw this play out last year with Wizkid, following his collaborations with Drake on the hits ‘One Dance,’ and ‘Come Closer.’ His third album ‘Sounds From the Other Side,’ strayed a little too far to the other side, only featured one African artist and was not nearly as sonically pleasing as his second effort ‘Ayo.’ Even with other creatives, for instance, Trevor Noah, the content that originally drew their initial audience has changed as they try and appeal to a broader market. The work of these creatives reflects their current global standing and positions in life. However, this growth does at times alienate their core audience, a fear, some Eazites must have had with this mixtape.

The music industry in Africa is changing and growing at a fast rate. We see it in the production style and soul-infused sound of producers like Juls, the alt-R&B stylings of Nu Nairobi, the infectious beats of Gqom, and in ‘Life is Eazi, Vol. 2 – Lagos to London.’ This mixtape is the latest to leave its mark and show that in the next few years, the diverse and multifaceted stylings of African music and the Banku genre will be even harder to ignore.