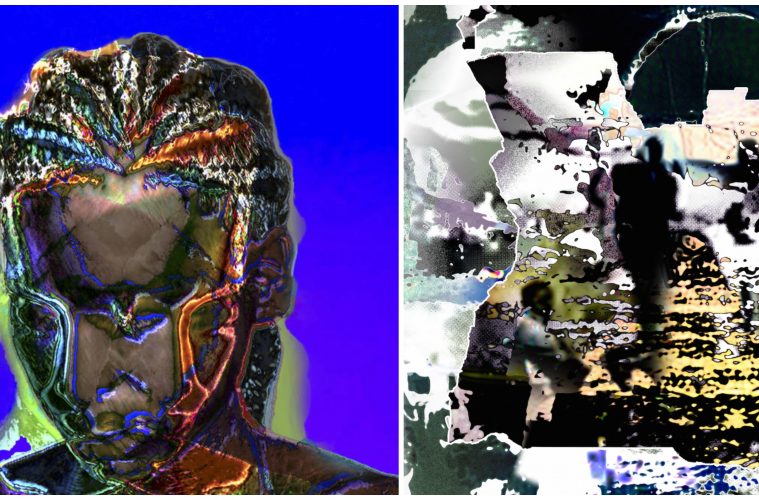 Electronic Political Artists, Bonaventure and Nazar Use Music to Fight Back

November saw the release of two albums that fused a number of musical styles. Much like you might see at an exhibition, the pieces come together to tell a story and make people pay attention.

Bonaventure’s Mentor Fixates on Teaching while Drawing from Different Cultures

Formally a graphic designer, Swiss-Congolese artist, Soraya Lutangu couples her visual artistry to the collaging of audio. Prior to sound editing, her process involves a work station where she literally organizes her music in pictures. Since the artist made the switch to music, her focus has always been politically fused, a response to her nephew’s death, which she believes was racially driven. The producer never backs down from discussions about systemic racism, whether through her music or in person. She took the name Bonaventure to honor her deceased nephew, the tragedy that shifted her focus toward music in the first place.

Art is usually birthed from pain and Lutangu’s story is perhaps the most blatant manifestation of that idea I’ve personally witnessed, which is why I delved deeper into her music, the fragmented audio samples and heavy beats taking on new meaning now that I understood the context. This construction was more reflective of her 2017 release, Free Lutangu, which featured a Sistah Souljah interview, Congolese war chants, and hip-hop samples from Rihanna, 50 Cent and Ginuwine. Mentor feels more focused with a tone that isn’t as defiant as it is elevated. The overall sound is less harsh, yet a clear message of raising awareness and unification remains.

Opening the EP, “Physarum” takes its time using a distorted, vocal background, a painful scream and hard drums that sound like gunshots. Moving through “Mentor’s” synchronous, fast percussions feels like a march of protest, preparing us for “Nemesis,” which is a danceable act of war.

Vocals are again experimented with in “Colony” featuring sound and video artist, Debby Friday repeating “put your hands on me” while other warped voices twist in and out of a catchy, yet unpredictable beat. Drumming similar to “Mentor’s” pick up between human panting, giving the track a restless feel. Enter “Impetus,” a hyped up and hard-hitting percussive addition, followed by “Both,” which closes out the EP with political artist and writer, Hannah Black’s voice announcing “Both the apocalypse and utopia are already here…” A contagious techno beat picks up until it dissolves into melodic, fading drones.

The album, released by Planet Mu label, incorporates an array of musical styles including the Ivory Coast’s Coupé-Décalé, Tarraxo from Portugal, Western dance music, and Angola’s Kizumba. These choices are reflective not only of Lutangu’s mixed heritage but also the various collaborative projects she takes on with other activists from around the world.

Politically driven art, Nazar’s EP Enclave, is a retaliation to the devastation of the Angolan war and the corrupt government that continues to oppress the nation. Nazar escaped Angola with his family during the beginning of the war and was raised in Belgium where he became a part of the Angolan diaspora, struggling with a sense of belonging in either country. When the war ended in 2002, he returned and the development of Enclave ensued.

While in Angola, Nazar adopted the Kuduro sound the region is known for and flipped it on its head, coining his own new sound “Rough Kuduro.” His use of airstrikes, guns cocking, and protest chants are a part of this sound, as he felt regular Kuduro’s upbeat fusion couldn’t sufficiently express his anger and frustration. Hyperdub, the label in which the EP was released, calls this invention “weaponizing the genre.” Indeed, Nazar seeks to expose the propaganda we are fed daily and present the hard-hitting reality of violence, but this album is not all abrasive war sounds. Enclave is put together in such a way that it takes us on a journey, each track holding a message that provokes thoughtful interpretation while deep basslines ruffle our feathers.

An urgent orchestra of piercing synths opens up the album with “South Border.”As the menacing knocking gradually picks up, cries of people are swept away. In “Warning Shots,” gnarled drumming moves frantically through a laser-like melody. Then a catchy hip-hop beat slowly creeps in with “Airstrike.” Part poetic-call to action, part smooth club banger, Hyperdub artist Shannen SP’s lyrics are troubling truths: “32 wives and their children/ only one room to stay hidden.”

One of the more emotionally powerful tracks on the album, “Enclave” returns to the turbulent percussions, but they’re more repetitive here, almost anxious. Prominent pauses give way to echoing chants. A lone voice comes in warped and twisted. The unsettling audio hits hard as if the voice is talking to you. “Konvoy,” equally chaotic and bouncy, feels like dodging bullets between a pipe-organ tune.

Finally, there is reflection with “Ceasefire,” a breezy and tranquil addition filled with birdsong melodies. A helicopter passes overhead while gentle waves lap in the background. The voice of Nazar’s father, who reads from his war journal in Portuguese, offers hope in an otherwise tumultuous landscape. Going through it all, it’s hard to believe Enclave is only 6 tracks. It feels like digesting a lifetime’s worth of pain, frustration and a bit of faith.

Where Nazar’s album ends with an ambient track, Bonaventure begins her album that way. Although “Physarum” has a more intense tone than “Ceasefire,” it makes sense as this it is preparing us for what’s ahead. We are about to advance. There is knowledge to be gained. Both of these EPs combine visual artistry with sound as well. Bonaventure, through her process and background as a graphic designer, and Nazar through his collaboration with artist Jase Coop. Enclave’s cover art is a montage of pictures from the Angolan war and Coop has also made videos for songs on the album in a similar fragmented fashion. The vinyl release for Enclave will be available January 18, a work of art worthy of holding in your hands.

As we enter 2019, the treatment of black and brown people has not shifted much. It has only taken different forms. The systems we live in are more unjust than ever and the masses believe racism to be a thing of the past. Bonaventure and Nazar are just two artist-activists that refuse to stay silent with their art-lessons in emancipation.