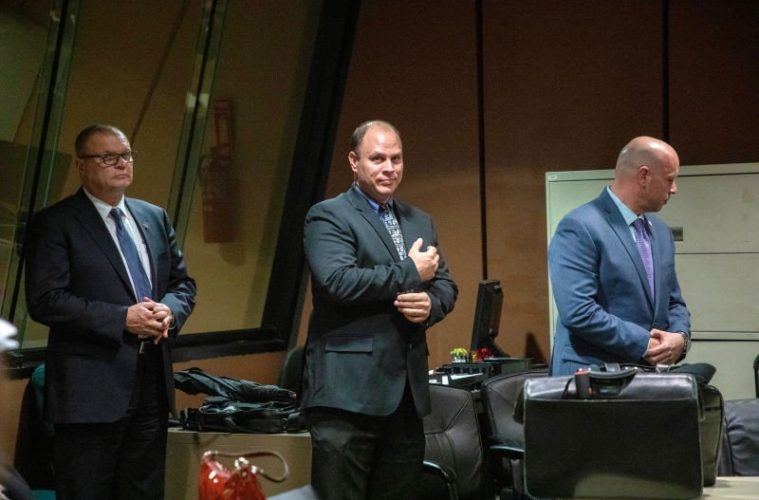 A Chicago judge acquitted three police officers in their involvement of the 2014 fatal shooting of a black teenager, Laquan McDonald, Thursday.

Former Detective David March, former Officer Joseph Walsh and Officer Thomas Gaffney were accused of trying to protect Officer Jason Van Dyke after he fatally shot 17-year-old McDonald on October 20, 2014 after firing 16 rounds into him. Van Dyke was ultimately found guilty of second degree murder  and aggravated battery last October. His former colleagues were charged with conspiracy and official misconduct and obstruction of justice. They were alleged to have filed false police reports that absolved Van Dyke but Cook County Associate Judge Domenica Stephenson ruled that the state had not proved they acted in a criminal manner.

Stephenson said that the dashcam video showed that McDonald still posed a threat to the officers. Furthermore, she argued that there was no attempt to hide any evidence.

“An officer could have reasonably believed an attack was imminent,” she said. “It was borne out in the video that McDonald continued to move after he fell to the ground.”

The graphic  video in question became public is 2015. It led to various protests and allegations of excessive force and police brutality. The family of McDonald was upset by the verdict and believed the judge placed the blame solely on the teenager. Stephenson’s comments suggested she believed the police officers acted in self-defense.

His great uncle, the Rev. Marvin Hunter said the verdict meant that officers could lie, cheat and steal without punishment.

“To say that these men are not guilty is to say that Jason Van Dyke is not guilty.” He added: “It is a sad day for America,” Hunter said.

Special Prosecutor Patricia Brown Holmes said she disagreed with the judge but would respect the ruling. She hoped that it would the case would not be in vain.

“We do hope that this has been a crack in the wall of the code of silence, and that others will think twice about engaging in conduct that might land them in an investigation such as this,” she said.