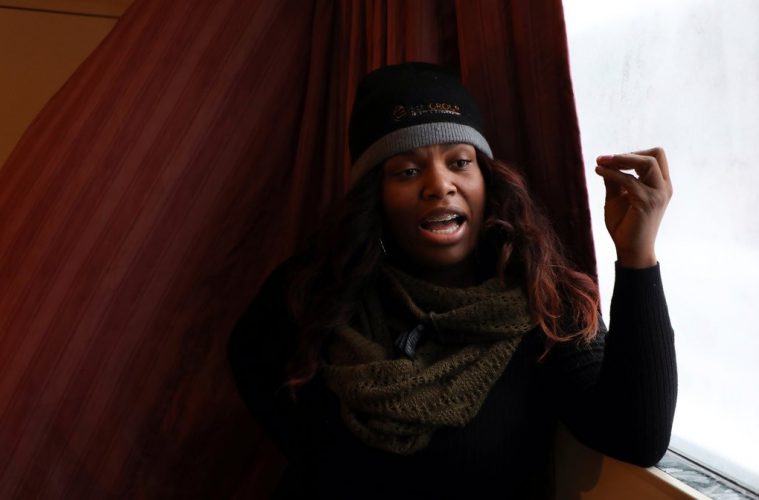 Candice Payne paid for 30 hotel rooms so that the homeless in Chicago would have warmth and shelter during the recent frigid temperatures. The National Weather Service had placed the temps of minus 25 and minus 26 for much of the time period during the Polar Vortex.

Payne told The New York Times in an interview Saturday that the gesture was a spur of the moment decision. She spent about $4,700 thus far the rooms and other materials such as toiletries that helped about 100 homeless people.

“It was 50 below, and I knew they were going to be sleeping on ice and I had to do something,” Payne said.

The 34-year-old local real estate broker began contacting local hotels and found lodging at the Amber Inn for Wednesday night at $70 per room. She paid for the rooms with her credit card and solicited donations on Instagram and her Cashapp. Payne said it didn’t take long for volunteers to start transporting the homeless and giving money to fund this good deed.

“We met at tent city, where all the homeless people set up tents and live on the side of the expressway,” Ms. Payne said. “It is not a secret. The homeless have been living there for years.”

Payne received more than $10,000 in donations. It will allow the homeless to stay in the rooms until Sunday. She wanted to help find a permanent solution to the crisis after seeing how so many people rallied together for the well being of others.

“I am a regular person,” Payne said. “It all sounded like a rich person did this, but I’m just a little black girl from the South Side. I thought it was unattainable, but after seeing this and seeing people from all around the world, that just tells me that it’s not that unattainable. We can all do this together.”