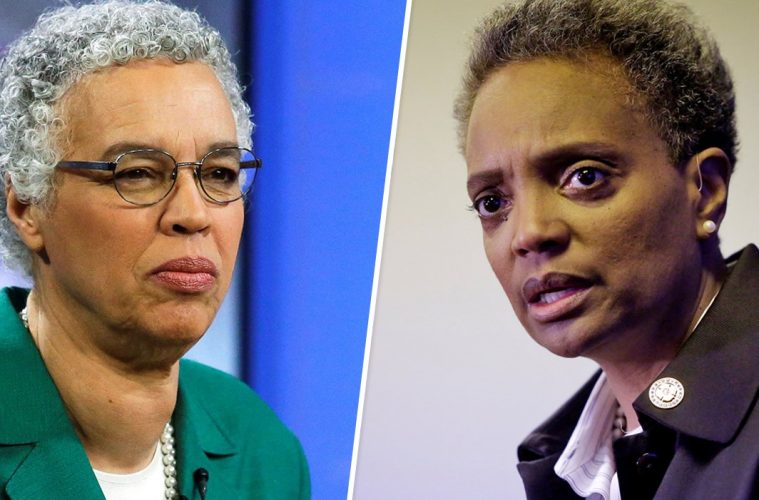 Chicago will become the largest U.S. city to elect a Black woman as mayor Tuesday as voters head to the polls.

Lori Lightfoot and Toni Preckwinkle are the two candidates vying to join seven other Black women currently serving as mayors in major U.S. cities such as Atlanta and New Orleans. Lightfoot, a former prosecutor, and Preckwinkle, a former schoolteacher, qualified for Tuesday’s runoff in February where they emerged from a field of 14 candidates. Lightfoot received 17.5 percent of the vote while Preckwinkle got about 16 percent in the battle to succeed two-term mayor Rahm Emanuel who chose not to run again.

Lightfoot and Preckwinkle have sought to draw contrast from Emanuel, a centrist Democrat who saw his popularity wane due to the city’s financial crisis and his handling of the Laquan McDonald case, the 17-year-old African-American who was killed by police in 2015. Both have fashioned themselves as progressives.

Lightfoot, who is openly gay, has criticized the way the current administration oversaw the McDonald controversy. In a debate last month, she vowed to be different.

“I’m not a person who decided I would climb the ladder of a corrupt political party,” Lightfoot said. “I don’t hold the title of committeeman, central committeeman, boss of the party.”

Lightfoot has also declared that she is the best person to break the status quo and bring about real change. She felt best equipped to usher in equity, inclusion and fairness.

“The machine’s been in decline for a while, but it still has a grip on certain things,” Lightfoot said. “This is our opportunity to send it to its grave, once and for all.”

Preckwinkle has challenged Lightfoot’s qualifications for the position. She maintained that being mayor was not an entry level job.

“It’s easy to talk about change. It’s hard to actually do it. And that’s been my experience — being a change maker, a change agent, transforming institutions and communities,” she said.

Preckwinkle also cast her opponent as an insider. The former prosecutor worked for Emanuel and former Mayor Richard M. Daley. She also declared that actions, especially hers, spoke more than words.

“My whole career has been about change, and change is action and results, not simply words,” Preckwinkle said.