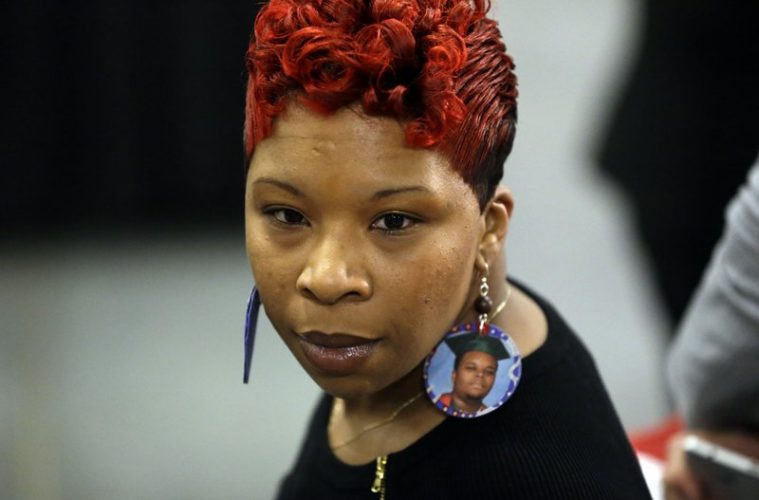 Michael Brown’s mother, Lezley McSpadden, is running for City Council in Ferguson, Missouri so that there will be greater police accountability.

McSpadden, 39,  is one of three candidates running in Ferguson’s 3rd Ward on Tuesday. Incumbent Keith Kallstrom and Fran Griffin, who has been active on several Ferguson boards, are her challengers. For McFadden, a win would serve as justice for her son.

In 2014, her 18-year-old son was shot and killed by officer white Ferguson officer Darren Wilson and his body lay for hours on the ground. Wilson claimed he had to use deadly force against the unarmed teenager. The incident led to protests in Ferguson. The anger intensified in November of that year when a St. Louis grand jury decided not to indict Wilson for his actions.

McSpadden, who spelled her first name “Lezley” for an autobiography but said she otherwise goes by Lesley, told the Associated Press that she moved to Ferguson a year ago with the resolve to make a difference. She wanted to turn her pain into a righteous cause.

“I wanted to go back and do something right in a place that did something so very wrong to my son, and I think that’s what my son would want as well,” McSpadden said.

McSpadden, one of the seven “Mothers of the Movement” for those who have lost their children to police violence, has kept a presence in the wake of her son’s killing. She appeared at the at the Democratic National Convention in 2016. She also testified in favor of a Missouri Senate that would increasing use of police body cameras. Despite being politically involved in the years since her son’s death, this will be her first campaign and accountability for cops is her top priority.

“I think they should work much harder to prove that they are there to protect and serve, because no one believed that in August 2014 and people are still skeptical,” she said.

LaTasha Brown, president of the Southeast Ferguson Neighborhood Association, did not believe that McSpadden was ready to hold any political office. She felt the campaign had been run from a distance.

“The 3rd Ward needs somebody who’s going to mingle with the people,” Brown said. “You can’t make change from a distance. If you don’t know what your constituents are going through, if you’re not there to hear what they’re saying, how can you lead these people and make decisions for these people?”