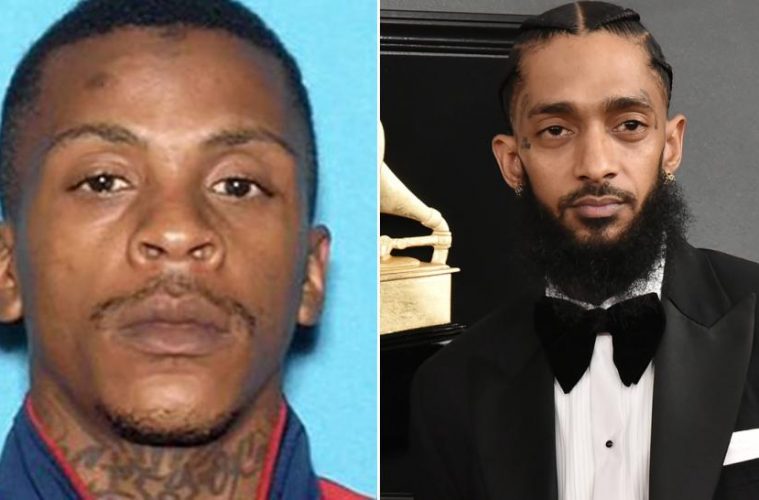 The Los Angeles Police Department announced Tuesday that 29-year-old Eric Holder has been named as the suspect who shot and killed Grammy nominated artist Nipsey Hussle.

Eric Holder is wanted for Homicide in the shooting of Nipsey Hussle. He was last seen in a 2016 white 4 door Chevy Cruze CA license plate 7RJD742. Anyone with information related to his whereabouts or this deadly shooting is urged to contact South Bureau Homicide at 323-786-5100 pic.twitter.com/3pX4fbezDs

Holder is wanted for homicide and is accused of walked up to Nipsey and two other men as they stood outside Nipsey’s clothing store in West Slauson Boulevard. 33-year-old Nipsey was shot six times and surveillance footage shows that he was then kicked by his assailant as he lay on the ground dying. Holder then took off in a waiting vehicle that was in an alley that was “driven by an unidentified female” — was waiting for him, police said.

“Detectives have worked tirelessly and are now asking for the public’s help in locating the suspect in this case,” police said in a statement.

Holder was last seen in a white, four-door, 2016 Chevy Cruze, with the California license plate 7RJD742. The public was urged to come forward with any information they had.

“Anyone with information related to his whereabouts or this deadly shooting is urged to contact South Bureau Homicide at 323-786-5100.”

Authorities had approached the slaying with a “all hands on deck” approach to find the gunman who shot Nipsey 6 times in front of his Los Angeles clothing store Sunday. Nipsey was pronounced dead at the hospital from his injuries. The coroner said the fatal wounds were to his head and torso.

On Monday, a vigil was held for the Hip Hop artist and entrepreneur. Throngs of fans gathered in South Los Angeles for a memorial but at one point, there was a disturbance. Police spokeswoman Meghan Aguilar  said one officer was injured and that there was “mass panic and chaos”  that resulted in 300 people running from the area. It is unclear what led to the commotion.

The Los Angeles Fire Department said in a statement that 19 people were transported due to trample injuries and another was injured in a collision with a car. Bottles and rocks were also thrown and one person was arrested for disorderly conduct.

The LAPD urged for calm in the wake of the rapper’s untimely death.

We understand the community is mourning and we feel your loss.

We are asking for everyone to follow the officers directions and disperse from the immediate area.

“I urge calm and a period of reflection. Violent retaliation for this event will not be tolerated,” Los Angeles County supervisor Mark Ridley-Thomas said. “For healing to occur, even from this terrible incident, justice must be sought through legal means, and community peace must be found.”