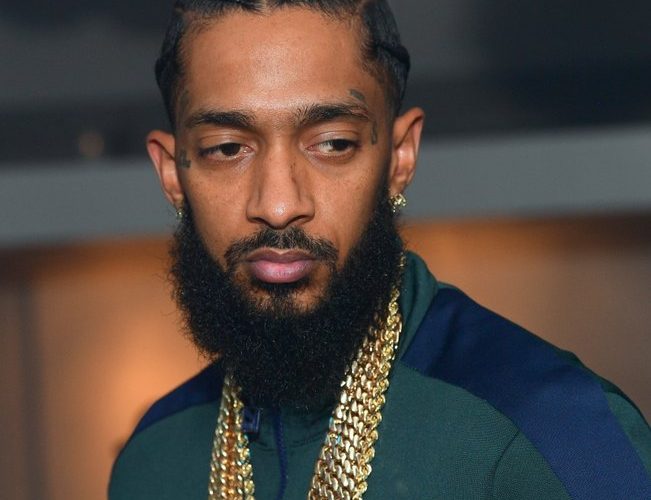 The Los Angeles Police Department stated that Grammy-nominated Nipsey Hussle, who was shot and killed Sunday, was scheduled to meet with police on Monday to discuss gang violence.

“We’re talking about programs to help underserved kids, to keep kids out of gangs. And this was his idea. We’ve been working on this meeting for three months. How I wish it would have been on Saturday,” Steve Soboroff, president of the Los Angeles Police Commission, told ABC News on Monday morning.

Soboroff added that the meeting the slain rapper, 33, had requested between him and Los Angeles Police Chief Michel Moore would proceed despite his death. Representatives from Roc Nation would appear on the rapper’s behalf.

“I just got a note from Roc Nation that said go ahead and have the meeting,” Soboroff said. “I still have to get it verified with the chief, but I told those guys we will.”

Tonight's homicide in South LA represents the latest loss in a troubling surge in violence. Since last Sunday 26 victims have been shot & 10 homicides—that's 36 families left picking up the pieces. We will work aggressively with our community to quell this senseless loss of life. pic.twitter.com/1fsJXCcflS

Hussle, born Ermias Asghedom, was shot six times in front of his Los Angeles clothing store, The Marathon Clothing, in the area of Slauson Avenue and Crenshaw Boulevard. Two other people were injured as well. Police have not yet identified a suspect but believe the shooting may have been gang-related. According to his Facebook page, he was “a devout member of the Rolling Sixty Crips,” a national street gang that was founded in Los Angeles in the mid-1970s.

Before he was shot, Hussle tweeted that having strong enemies made one stronger.

Having strong enemies is a blessing.

Mark Ridley-Thomas, a member of the Los Angeles County Board of Supervisors, released a statement expressing his sympathies on the loss of life.  He urged his district to remain calm and reflect on what has just happened.

“Ermias Asghedom, known to us as the hip-hop artist Nipsey Hussle, was a father, businessman, entertainer, and inspiration to many,” Ridley-Thomas said. “Our communities have lost too many young men and bright futures to the scourge of gun violence. For healing to occur, even from this terrible incident, justice must be sought through legal means, and community peace must be found.”

The death of Hussle sent shockwaves throughout the entertainment industry, especially the Hip Hop scene where he was a popular fixture. In 2010, he founded the record label All Money In, which he debuted with the release of “The Marathon,” the rapper’s fifth official mixtape. In 2018, he released his first studio album “Victory Lap” which was nominated for a 2019 Grammy nomination for Best Rap Album but lost to Cardi B’s “Invasion of Privacy”.

Hussle was also very actively involved in the community, giving back to the neighborhood in which he grew up. Last year, he partnered with Puma to refurbish the elementary school basketball court in south Los Angeles. He encouraged Black activism and entrepreneurship.

Celebrities such as Rihanna, Drake, Issa Rae, and Steph Curry took to social media to share their condolences.

This doesn’t make any sense! My spirit is shaken by this! Dear God may His spirit Rest In Peace and May You grant divine comfort to all his loved ones! 💔🙏🏿 I’m so sorry this happened to you @nipseyhussle

Watching Nipsey inspired me to invest and own in our communities. He was a solid man who loved his woman, his family and his community. This hurts.

He loved us. He’s left that love with us. And it cannot die.