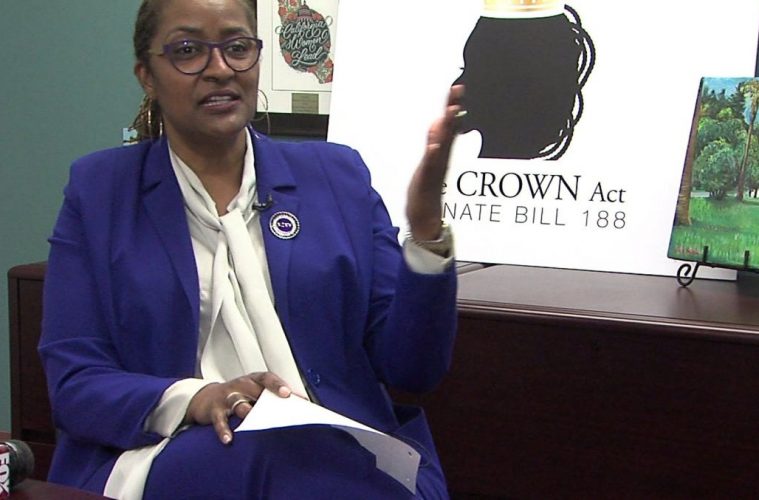 Lawmakers in California working on the “Crown Act,” a law that would protect those with natural hair.

Creating a Respectful and Open Workplace for Natural hair (CROWN) Act is a national alliance endorsed by the National Urban League, Western Center on Law & Poverty, Color Of Change, and Dove. The “Crown Act”, formally known as SB 188, would make it illegal for employers to enforce policies surrounding “race neutral” grooming or to discriminate against people wearing natural or protective style in the workplace and housing.  Braids, dreadlocks and twists are just some of the styles in question and are often worn by people of color. At the moment, there is no legal protection for those who face discrimination on account of how they choose to wear their hair.

Consideration for the bill began on Tuesday with the backing of California Sen. Holly Mitchell (D-California) who represents the 30th Senate District, which includes Culver City and parts of Los Angeles. Mitchell wears a natural hairstyle herself.

“While anti-discrimination laws presently protect the choice to wear an afro, afros are not the only natural presentation of Black hair,” Senator Mitchell said.  “My bill will help ensure protection against discrimination based on hairstyles by specifying in government code that the protected class of race also includes traits historically associated with race identification, such as hair texture and hairstyles.”

Mitchell told ABC 7 that she would cite various incidents to help get this measure passed. One of those instances included 16-year-old Andrew Johnson. In December, a referee in New Jersey forced him to cut his dreadlocks before he could compete in a match he ultimately won. The clip of Johnson’s hair being chopped off went viral and drew outrage.

“There are any number of court cases that we’ll talk about in judiciary committee that will suggest it is a problem for employees across this country and across the state,” Mitchell said.

Chalyss Evans is a supporter of the bill. The student shared that a friend of hers is a realtor who had trouble selling houses when her hair was styled naturally.

“She had a lot of trouble selling houses when she had her hair in twists. And then when she took it down and pressed it and had it straight, she sold houses just like that,” Evans said.

Watch video of Mitchell presenting the “Crown Act” before the legislature.