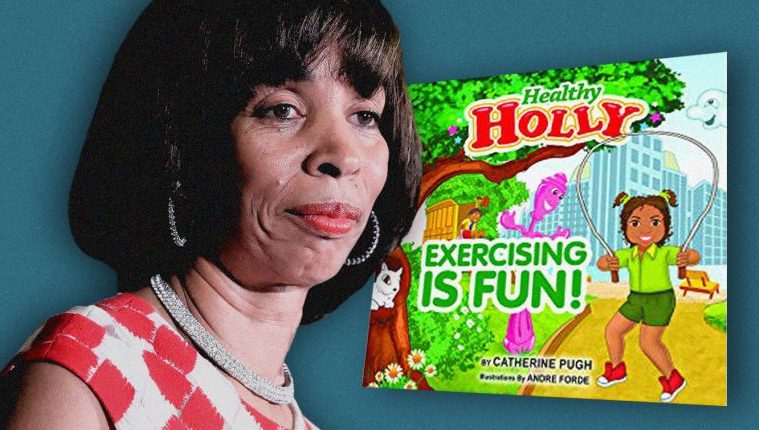 Baltimore Mayor Catherine Pugh (D) is taking an indefinite leave of absence from her duties as she faces a call by Gov. Larry Hogan for a criminal investigation into the book deal that paid her hundreds of thousands of dollars.

Pugh released a statement Monday announcing her leave of absence. She explained it was due to health reasons.

“With the mayor’s health deteriorating, she feels as though she is unable to fulfill her obligations as mayor of Baltimore city,” the statement read. “To that end, Mayor Pugh will be taking an indefinite leave of absence to recuperate from this serious illness.”

Young pledged to meet with city agency leaders, work crews and police officers because “I want to assure them that the city is going to be in good hands until the mayor recovers.”

The Baltimore Sun reported that health insurer Kaiser Permanente also paid Pugh more than $100,000 to purchase copies of her book, Healthy Holly, from 2015 to 2018. In September 2017, the city’s spending board, which Pugh sits on and controls, awarded Kaiser a $48 million contract to provide health insurance to city employees from 2018 through 2020, with options to renew. Furthermore, Pugh was one of nine board members of the University of Maryland Medical System’s Board of Directors who had business deals with the hospital worth thousands of dollars.

Gov. Hogan, a Republican, sent a letter to the office of the state prosecutor to begin a criminal investigation of the allegations against Pugh. It was addressed to state prosecutor Emmet Davitt.

“These are deeply disturbing allegations,” Hogan wrote. “I am particularly concerned about the UMMS sale because it has significant continuing ties with the state and receives very substantial public funding.”

Pugh, 69, apologized for her actions in a news conference last Thursday held at City Hall.

“In hindsight, this arrangement with the University of Maryland Medical System was a regrettable mistake,” she said.