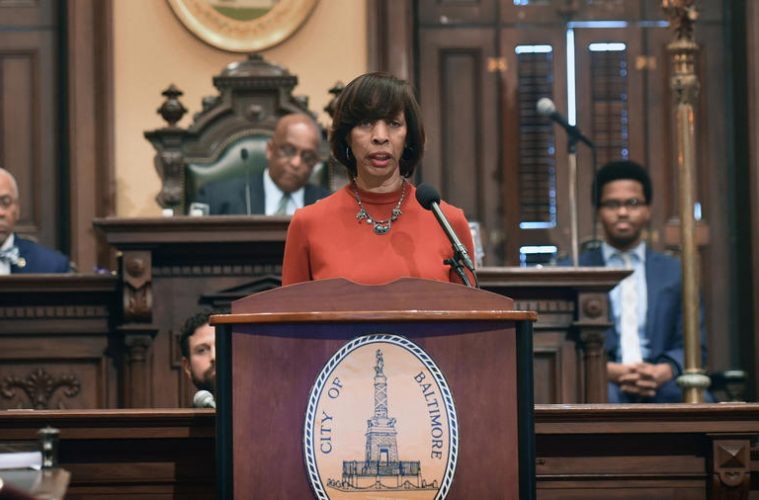 Baltimore Mayor Catherine Pugh resigned Thursday after weeks of intense pressure to do so in the aftermath of a children’s book scandal.

Pugh, a Democrat, submitted a letter of resignation that will make her departure from office effective immediately. Her attorney, Steven Silverman, held a 96-second news conference at his offices in downtown Baltimore. He took no questions and read a prepared statement from Pugh who was not present. She is recuperating at home, suffering from suffering from pneumonia and emotional distress and was last seen publicly March 28 during a press conference.

“I’m sorry for the harm that I have caused to the image of the city of Baltimore and the credibility of the office of the mayor. Baltimore deserves a mayor who can move our great city forward.”

Pugh, 69, also thanked new Mayor Bernard C. “Jack” Young who was previously  City Council president. He will finish out the remainder of Pugh’s term which has been a volatile one. She took office in December 2016, overseeing the riots that followed that ensued after Freddie Gray’s death and the DOJ investigating the Baltimore Police Department. She also had to contend with the soaring death rate in the city.

In March, it was revealed that Pugh accepted 500,000 from the University of Maryland Medical System while a trustee to purchase her Healthy Holly books to donate to Baltimore schoolchildren. The years of no-bid payment coincided with her tenure as head of a health committee in the Maryland State Senate and as mayor of Baltimore.

She began an indefinite paid leave of absence from her job on April 1 and cited health reasons. During her seclusion, the FBI raided raided six locations in relation to her including two homes and City Hall office.

Maryland Gov. Larry Hogan, a Republican,  had called for the Maryland Office of the State Prosecutor to investigate Pugh. He described her resignation as a way for the city to move forward. The governor said it was  “the right decision, as it was clear the mayor could no longer lead effectively. The federal and state investigations must and will continue to uncover the facts.”