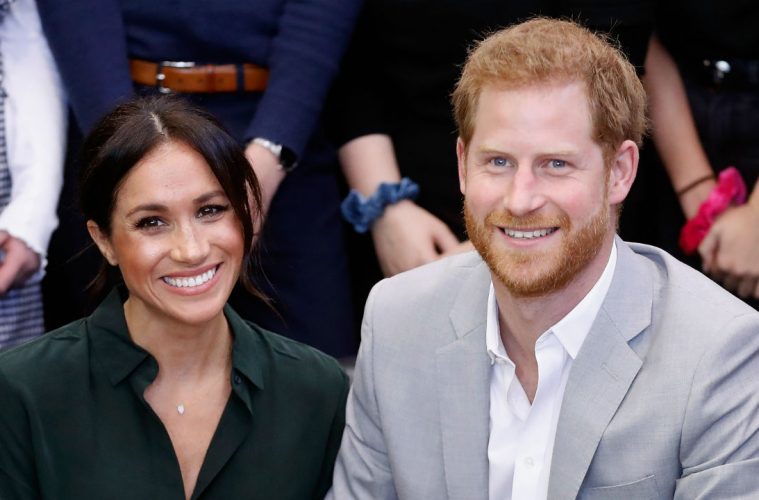 The Duke and Duchess of Sussex, Meghan Markle and Prince Harry, welcomed a boy Monday.

The couple announced the birth of their first born child on Instagram.

We are pleased to announce that Their Royal Highnesses The Duke and Duchess of Sussex welcomed their firstborn child in the early morning on May 6th, 2019. Their Royal Highnesses’ son weighs 7lbs. 3oz. The Duchess and baby are both healthy and well, and the couple thank members of the public for their shared excitement and support during this very special time in their lives. More details will be shared in the forthcoming days.

The newborn baby boy weighed 7 pounds and 3 ounces. He was born at 5:26 a.m. local time, according to Buckingham Palace. Prince Harry spoke to the press and shared his joy.

“It’s been the most amazing experience I could ever have possibly imagined. How any woman does what they do is beyond comprehension… I’m so incredibly proud of my wife,” he said.

Prince Harry added that the world would be able to meet his son in two days time. He added that his son was “… this little thing is absolutely to-die-for so I’m absolutely over the moon.”

#BREAKING: Prince Harry says he and Meghan Markle had a baby boy #RoyalBaby

Buckingham Palace released a statement also confirming the birth of the baby who will be baby is seventh in line to the British throne. The child will fall behind Prince Charles, Prince William, Prince George, Princess Charlotte, Prince Louis and Prince Harry.

“The Queen, The Duke of Edinburgh, The Prince of Wales, The Duchess of Cornwall, The Duke and Duchess of Cambridge, Lady Jane Fellowes, Lady Sarah McCorquodale and Earl Spencer have been informed and are delighted with the news,” Buckingham Palace said. “The Duchess’s mother, Doria Ragland, who is overjoyed by the arrival of her first grandchild, is with Their Royal Highnesses at Frogmore Cottage.”

Duchess Meghan and Prince Harry will not be appearing with their newborn before the press. It was previously stated that they would not follow in recent tradition where royals appear with their children on hospital steps. Princess Diana, Harry’s mother, and Kate Middleton, Duchess of Cambridge, appeared before the cameras only hours after giving birth.

“Their Royal Highnesses have taken a personal decision to keep the plans around the arrival of their baby private. The Duke and Duchess look forward to sharing the exciting news with everyone once they have had an opportunity to celebrate privately as a new family,” a Palace spokesperson said.