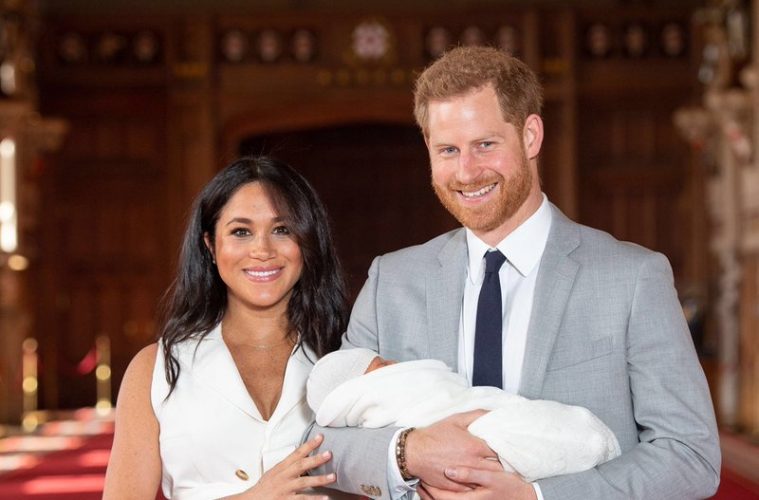 “The Duke and Duchess of Sussex are pleased to announce they have named their first born child: Archie Harrison Mountbatten-Windsor,” the couple shared in a statement.

The Duke and Duchess of Sussex were photographed earlier today with their newborn son at Windsor Castle. The baby has been named Archie Harrison Mountbatten-Windsor. pic.twitter.com/WtDH6oD3kn 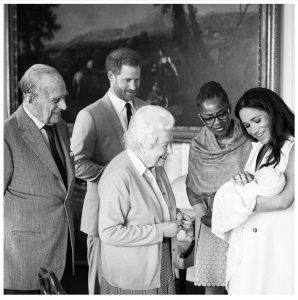 Earlier in the day, the Royal couple appeared with their son at at St. George’s Hall in Windsor Castle, two days after welcoming him into the world. It is always where their wedding reception was held last May. The new parents, with  harry holding their son in his arms, beamed with pride as they spoke of the joy they felt.

JUST IN: Here's your first look at Prince Harry and Meghan's newborn son.

This is baby Sussex — we still don't know his given name — who was born early Monday morning. https://t.co/8AVL0JtZwf pic.twitter.com/qkTPcxIWJE

Meghan, standing beside Harry in a sleeveless white dress that showed off her postpartum form, glowed.

“It’s magic. It’s pretty amazing. I have the best two guys in the world, so I’m really happy,” she said.

The new mother described her days old son as having “the sweetest temperament. He’s really calm.”

Harry added, “I don’t know where he gets that from!”

“He’s just been a dream,” Meghan said. “It’s been a special couple of days.”

The Duchess shared that they were still trying to figure out who the newborn took after.

“Everyone says babies change so much over two weeks. We’re basically monitoring how the changing process happens over this next month, really. His looks are changing every single day, so who knows?” Harry said. 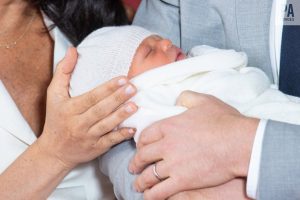 The Duke added that parenting has a blessing for them thus far.

“It’s great. Parenting is amazing. It’s only been two and a half days, but we’re just so thrilled to have our own little bundle of joy,” he said.

Harry was also excited to  have “precious times with him as he slowly, slowly starts to grow up.”

Meghan and Harry welcomed their son on May 6 in the early hours of the morning. Harry spoke of his happiness after the birth.

“It’s been the most amazing experience I could ever possibly imagine. How any woman does what they do is beyond comprehension. But we’re both absolutely thrilled and so grateful to all the love and support from everybody out there. It’s been amazing, so we just wanted to share this with everybody,” he said Monday.