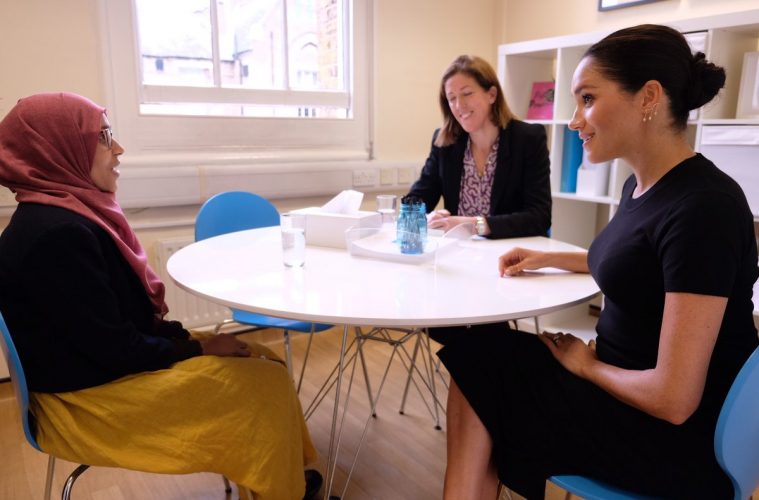 Kensington Palace announced Thursday that Meghan Markle, Duchess of Sussex, has been named patron to four civic minded organizations that have a focus on he arts, education, animals, women and children.

The National Theatre, Association of Commonwealth Universities, Mayhew and Smart Works will now be represented by the Duchess. It was detailed that Markle has been spending time with the different groups over the past year. In a nod to perhaps the confidence her Majesty has for the expecting royal, Queen Elizabeth passed on two of her duties.

The newly minted Duchess took the opportunity to visit Smart Works office in London later in the day. She met with the staff and with women who have been the beneficiary of the charity’s outreach. She also indulged in a bit of fun and helped find outfits for women who were there for interview coaching and preparation. Markle first met with Smart Works last year ahead of her wedding to Prince Harry. She has since visited five times.

The palace also said that Markle will pay a visit to Mayhew on Wednesday Jan. 16. She will engage with the staff, volunteers and hear more about the animals rights group initiatives and explain how she will be of service in her new role.

Markle is expected to keep a robust schedule of public events until she nears her due date in the spring. She and her husband, Prince Harry, are expecting their first child. The two wed last May.