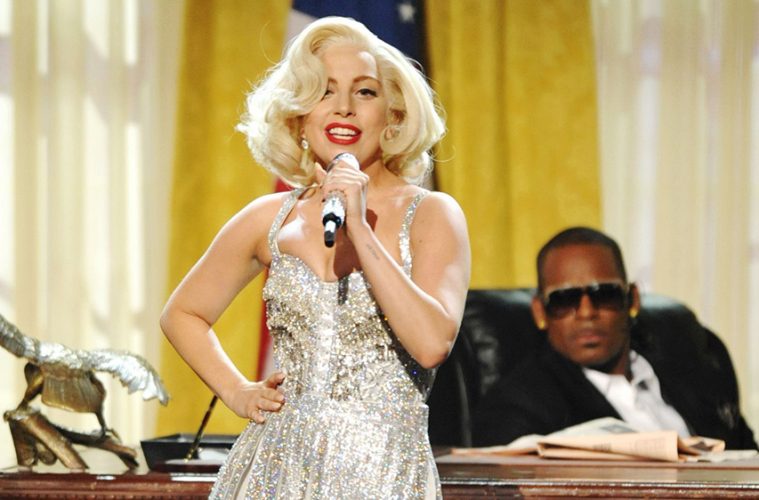 Lady Gaga has apologized for collaborating with beleaguered R&B singer R. Kelly on the 2013 platinum song, Do What You Want (With My Body). She has also vowed to remove the song from iTunes and all streaming services so that no further profit can be made from these platforms. The pop icon and Golden Globes winner was under immense pressure to address the swirling sexual assault controversy around Kelly.

Gaga took to twitter on Wednesday and apologized for working with Kelly who has been under speculation for much of his 25-year career. The recent Lifetime docuseries, Surviving R. Kelly, put a spotlight on decades worth of sexual abuse and violence accusations. Gaga was admonished for her silence with some believing that it was due to the victims being Black. In her tweet, Gaga made clear that she supported all victims.

“I stand behind these women 1000%, believe them, know they are suffering and in pain and feel strongly that their voices should be heard and taken seriously,” Gaga wrote.

Gaga also mentioned the allegations that were made in the Lifetime documentary that spanned three days. She described them as indefensible and wished she could tell her younger self not to work with him on the album ARTPOP. Gaga was 27 at the time. She further blamed her own trauma as a victim of sexual assault as to why she collaborated and performed the provocative tune.

At the 2013 American Music Awards, she and Kelly portrayed Marilyn Monroe’s sexual relations with President John F. Kennedy. She also previously defended Kelly because she belied the media made unfair accusations about both.

“If I could go back and have a talk with my younger self I’d tell her to go through the therapy I have since then, so that I could understand the confused post-traumatic state that I was in-or if therapy was not available to me or anyone else in my situation-to seek help, and  speak openly and honestly as possible about what we’ve been through. I can’t go back, but I can go forward and continue to support women, men and people of all sexual identities, and of all races who are victims of sexual assault,” Gaga tweeted.

Gaga has been a darling of the awards season and picked up another Golden Globes win for Best Original Song. However, she and other artists such as Jay Z, Erykah Badu and more refused to cooperate on the Lifetime special. Gaga is one of the first to now reverse course.