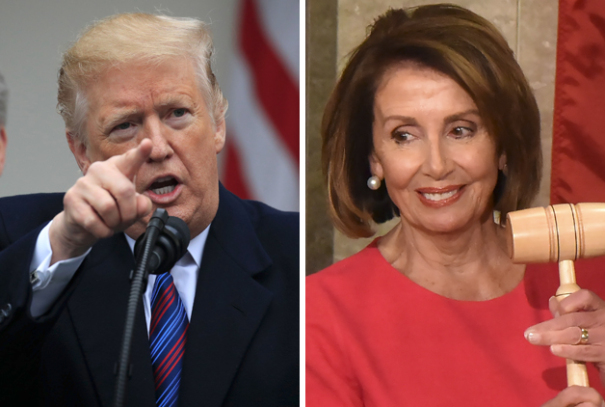 Speaker of the House Nancy Pelosi (D-Calif.) suggested that President Donald Trump not speak at the State of the Union on January 29. In return, the president blocked her use of military use to travel to delegation trip to Brussels, Egypt and Afghanistan Thursday.

On Wednesday, Pelosi sent a letter to Trump in which she stated that he not give his State of the Union Address while the government is still shut down and citing security concerns.  Instead, she offered him the opportunity to write a letter instead. The move was seen as a way of getting under Trump’s skin and preventing him from having a platform in which he could blame the Democrats for the prolonged shutdown.

Trump revoked Pelosi’s access to the aircraft an hour before she was set to depart with her congressional delegation. He told the newly elected speaker to fly commercial. The trip had not been previously announced as it is standard practice for lawmakers traveling to war zones.

The White House soon reversed course and said the planned trip to Davos would be canceled due to the shutdown.

“Out of consideration for the 800,000 great American workers not receiving pay and to ensure his team can assist as needed, President Trump has canceled his Delegation’s trip to the World Economic Forum in Davos, Switzerland,” White House Press Secretary Sarah Sanders said in a statement.

The shutdown has now entered its 27th day with neither side finding a compromise to restore the government to its full capacity.