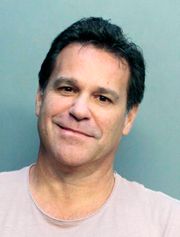 Hate crime charges are being considered for Florida man who pulled gun and yelled slurs at Black kids on MLK Day.

The Miami Herald reported that Mark Bartlett, 51, was arrested for carrying a concealed weapon and pointing it at several youth who were a part of “Bikes Up Guns Down” event in Miami. The teenagers on bicycles were there to protest the affordable housing crisis in Miami’s Liberty Square community and blocked part of Brickell Avenue. The protest was an offshoot of the “Wheels Up Guns Down” movement that has become a staple in South Florida every Martin Luther King Jr. holiday. The incident was caught on video and posted to social media by the local organization, Dream Defenders, who sponsored the event.

In the various clips, a woman later identified as Dana Scalione is seen confronting the Black teens and alleged that they ran over her foot. She labels them “thugs” and one curses back. At that point, Bartlett who is the boyfriend of Scalione exited the car with a gun. Bartlett is heard yelling “n*ggers suck” and “Wheels Up, Guns Down.”

Deante Joseph, 18, one of the teenagers involved, described the altercation to news station WPLG. Joseph claimed he and the other kids were not the instigators.

Miami-Dade State Attorney Katherine Fernandez Rundle said in a statement that she was outraged by the footage. Furthermore, the case to the Hate Crimes Unit to investigate.

“My office is working closely with City of Miami Police on this matter. I am committed to filing the appropriate charges and to vigorously prosecute this case to the fullest extent of the law.”

Bartlett was arrested later on in the evening after the videos went viral. According to his arrest warrant, he did not feel he had done anything wrong.

“Why am I being arrested when those kids are free to ride around?” Bartlett asked the arresting officer. “I did pull out my gun. But I never pointed it at them.”

In a phone conversation with Local 10 News, Bartlett said he wasn’t a racist. He explained his use of slurs being born of anger and that Blacks commonly use the N-word. He felt inclined to do the same.

His only regret was that he did not have a permit on him at the time as Scalione also declared that racism was a factor. She said it was situational.

The children, between the ages 11 to 18 years old, have hired civil rights attorney Lee Merritt.  Angel Settle, a liaison for Merritt, said they wanted to make sure that Bartlett was charged with a hate crime and that several of the kids had not slept since the encounter.

“They are very disturbed with this incident. And ultimately it’s very clear that this was racially charged, racially motivated,” Settle said.