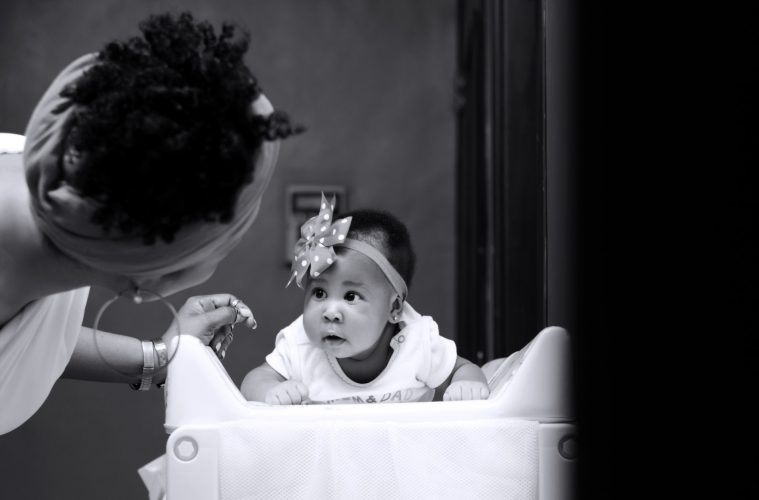 Breastfeeding isn’t typically the first social justice issue that comes to mind for most, but author Andrea Freeman believes people should start paying more attention to the topic.

Freeman recently spoke to NPR about why studies show that 66 % of black women breastfeed their children compared to 82 % of their white and Latina fellow mothers.

According to Freeman, the decision is less of a choice than a reflection of existing disparities that exist among different races.

“The fact that many black women do not have a choice about how they feed their infants leads to racial health disparities that can be long lasting for the children and for the mothers. I work in what I call food oppression, which is cooperation between the government and food industries that has racially disproportionate impact on communities of color,” she revealed. “And this story, and the general story of black women and breastfeeding, is a perfect example of how that works in practice. But it is so hidden by the fact that we think of breastfeeding as a very intimate and personal choice, when in fact, for many people, there is no choice at all.”

Babies who are breastfed benefit from things like a reduced risk of asthma, diabetes and obesity. So why aren’t more black mothers taking advantage?

Freeman says the government has enacted laws, policies and partnerships with the baby formula industry to push certain agendas among those in the black community. She says the racial justice issue is being masked as a willful decision to choose formula over breastfeeding.

“I think racial justice needs to incorporate these hidden oppressions that pretend that we’re just making choices based on personal preferences, when in fact, we’re all just responding to our circumstances that are set by forces greater than us,” the author said.

Last December, Freeman released the book “Skimmed: Breastfeeding, Race, and Injustice.” In it, she describes how slavery, social and political factors have shaped the way that black women feed their children.

“Since slavery, legal, political, and societal factors have routinely denied Black women the ability to choose how to feed their babies. In Skimmed, Andrea Freeman tells the riveting story of the Fultz quadruplets while uncovering how feeding America’s youngest citizens is awash in social, legal, and cultural inequalities,” a description of the book states. “This book highlights the making of a modern public health crisis, the four extraordinary girls whose stories encapsulate a nationwide injustice, and how we can fight for a healthier future.”

The doctor believes factors like convenience, the lack of a supportive work environment and socioeconomic environments can all factor into the lower rate of breastfeeding among black mothers. She offered some solutions that could be helpful to mothers who choose to breastfeed their children.

“At the hospital, new moms can ask to see the lactation specialist (usually without additional charge) who will come in and help with proper latching techniques,” Davis-Dash said. “Also, in an age when everything is at our fingertips via our mobile phones there are some wonderful online breastfeeding groups, social media groups, and events that help educate and offer support and ongoing encouragement with mamma. You got this! “

(Photo by Dazzle Jam from Pexels)