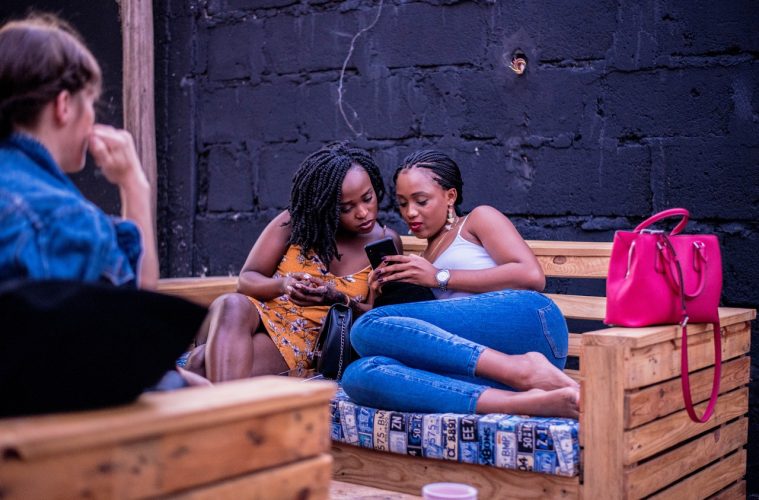 In the years since sites like Twitter, Instagram, and Snapchat have come to dominate pop culture, social media is no longer just a convenient way to connect with friends and family. It has emerged into something we incorporate, maybe even depend on, in our everyday life.

It is a never-ending hub of current events. Whether it be to check the news, look at outfits from last night’s red carpet event, or have a random person tell you your astrological sign means your annoying and clingy, we all seem to find ourselves mindlessly scrolling through our timelines.

So it comes as no shock that social media has become a key part of business as well. Companies have created positions and entire teams to run their social media accounts.

Influencers have managed to create entire careers by partnering with companies and promoting various products and services. The potential to reach thousands of people with a simple hashtag or a few retweets has not been ignored by anyone and that includes black people.

Black people have formed quite a community on social media with “Black Twitter” being at the center of  black and non-black timelines. Whether it be jokes and memes, social justice commentary, or someone sharing their work, black people’s content stays going viral.

The app has allowed all people of the African diaspora to come together and live their black lives together. It has created a community where black strangers lift each other up and get to support each other the way they always have. Black people have always considered each other brothers and sisters, and I believe Black Twitter is the epitome of that.

I wish I knew all black made inventions & accomplishments. Not just peanut butter https://t.co/zaSTJBxiz6

So my hair company just did a thing….and I must say I snapped pic.twitter.com/Xcj7Ml9Rrh

This collective of internet strangers created a network amongst black people as strong as someone’s LinkedIn network or the contacts made in a private country club. Just like major brands and companies, black people have turned to social media to build up themselves and others.

At this point, I am unapologetically begging for diverse candidates to come forward. https://t.co/S731sCQe6S

There are musicians trying to promote their music, artists exhibiting and selling their work, designers who make and sell clothes and accessories. People post family-owned businesses such as salons, restaurants, and food trucks.

Accounts are dedicated to black creatives finding and posting various gigs. Some accounts are there just to retweet and share black excellence with the community.

Not only is this networking, but it allows black people to do what they love unapologetically and feel support from their people. Blackness is consistently viewed as one dimensional, when in reality there are about a thousand layers that overlap and come together to create a black person’s identity.

It is much more complex than the generalizations we receive. This side of black twitter allows black creativity and hard work to come out  from under the supremacy that held back generations of black people.

We no longer have to depend on PWIs to support us, we can support each other.

Here’s a few accounts to check out!

(Photo by Keegan Checks from Pexels)