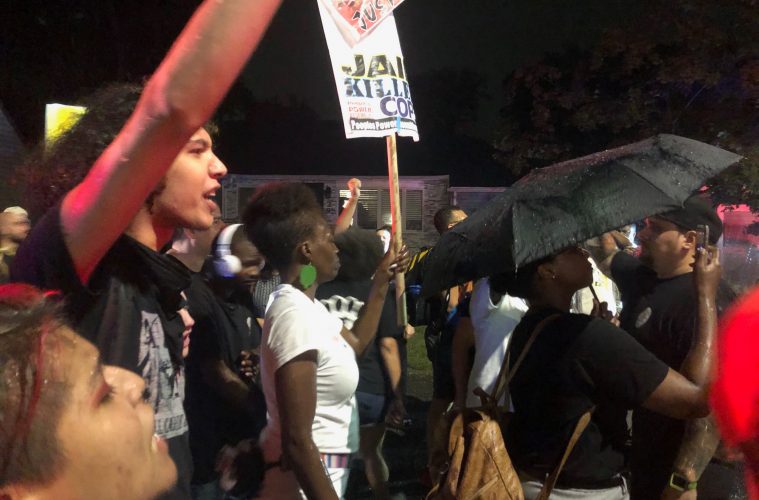 Eric Garner’s Family And Friends Backs Officer Into A Corner

On July 17, exactly five years since the death of Eric Garner, it was during a thunderstorm that Eric Garner’s family and associates sought justice by going directly to Pantaleo’s home address.

According to the Garner family, this was the first time Garner’s surviving girlfriend, Jewel Miller, got close to the man who killed him.

Pantaleo, who recently had federal charges dropped for causing Garner’s heart attack, was not present during the confrontation. However, a team of officers blocked protesters from advancing any further to his front yard.

The protest lasted from 6 p.m. to 10 p.m., with most of the action involving walking on a busy street, shutting down about 2 or 3 miles of road. Eric Garner’s family and associates, consisting of mostly women, plan on returning to Pantaleo’s address in the future.

They Partied First Before The Protest

Yesterday’s decision to not seek a civil rights indictment against Pantaleo came the day before the day Garner’s family and close friends would held their traditional celebration of Garner’s life outside the Tomkinsville Park.

Despite the nearby presence of Staten Island police, they celebrated with loud music, cookout food, and party treats like cookies, chips, sodas, and cupcakes.
The Garner family usually holds a celebration during the afternoon before they demonstrate a protest in the evening. 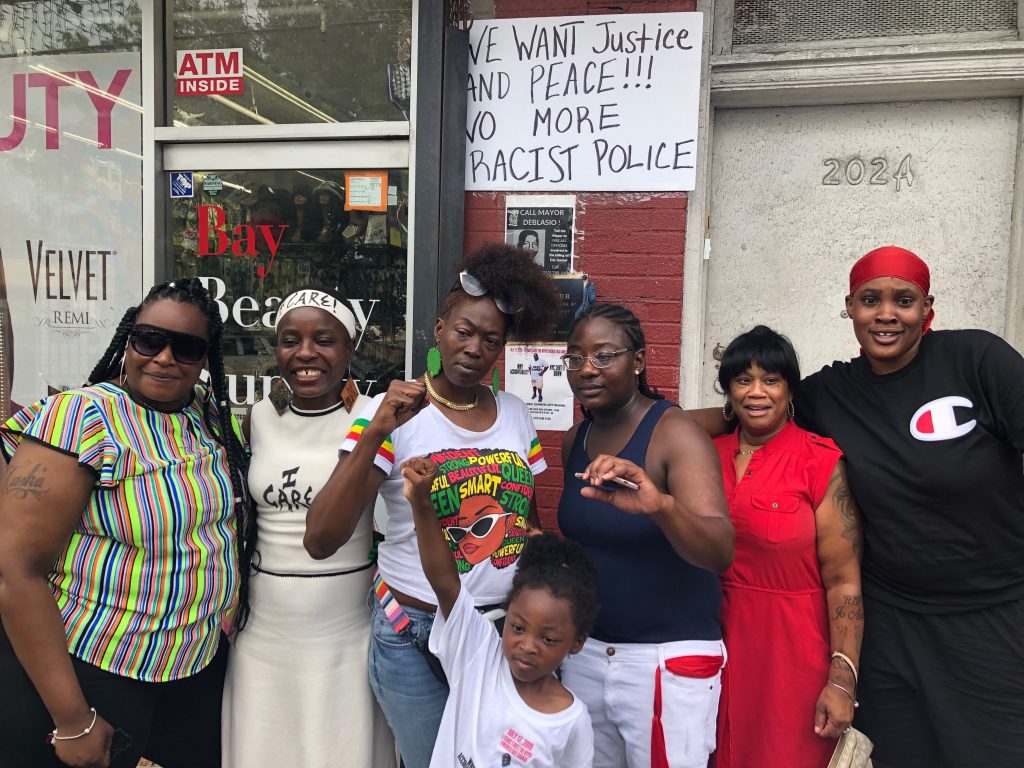 Tuesday’s decision to drop federal civil rights charges against Pantaleo didn’t stop them from partying the next day.

Despite the nearby presence of Staten Island police, they celebrated with loud music, cookout food, and party treats like cookies, chips, sodas, and cupcakes.

The Garner family usually holds a celebration during the afternoon before they demonstrate a protest in the evening.

Tasha Conway was a close friend of Eric Garner. The two were comfortable as friends that they often spent the night at each other’s houses.

With the passing of her best friend, Conway told Nu Origins she hasn’t fully adjusted, claiming she sees Garner when she walks near Tompkinsville Park.

Conway said Garner would have enjoyed a summertime cookout. “It’s definitely different that he’s not her,” she said.

Garner left behind a daughter named Legacy, who was just a few months old when he was murdered. Miller, Legacy’s mother, told Nu Origins, “Eric talks to Legacy.” 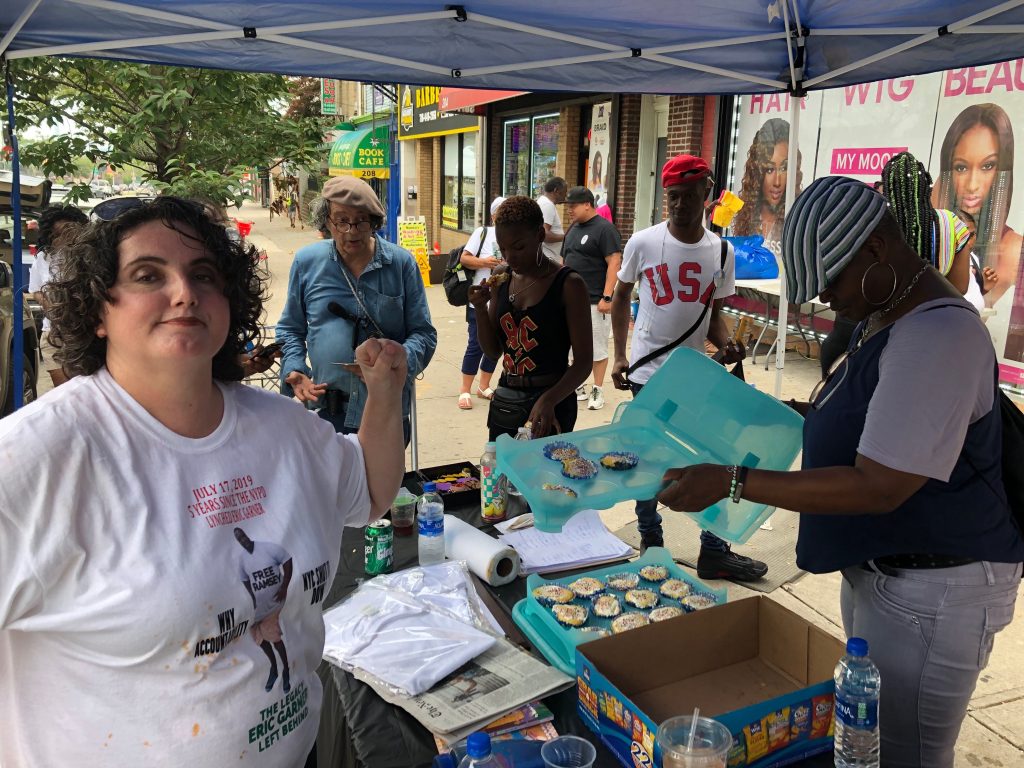 Garner left behind a daughter named Legacy, who was just a few months old when he was murdered. Miller, Legacy’s mother, told Nu Origins, “Eric talks to Legacy.” 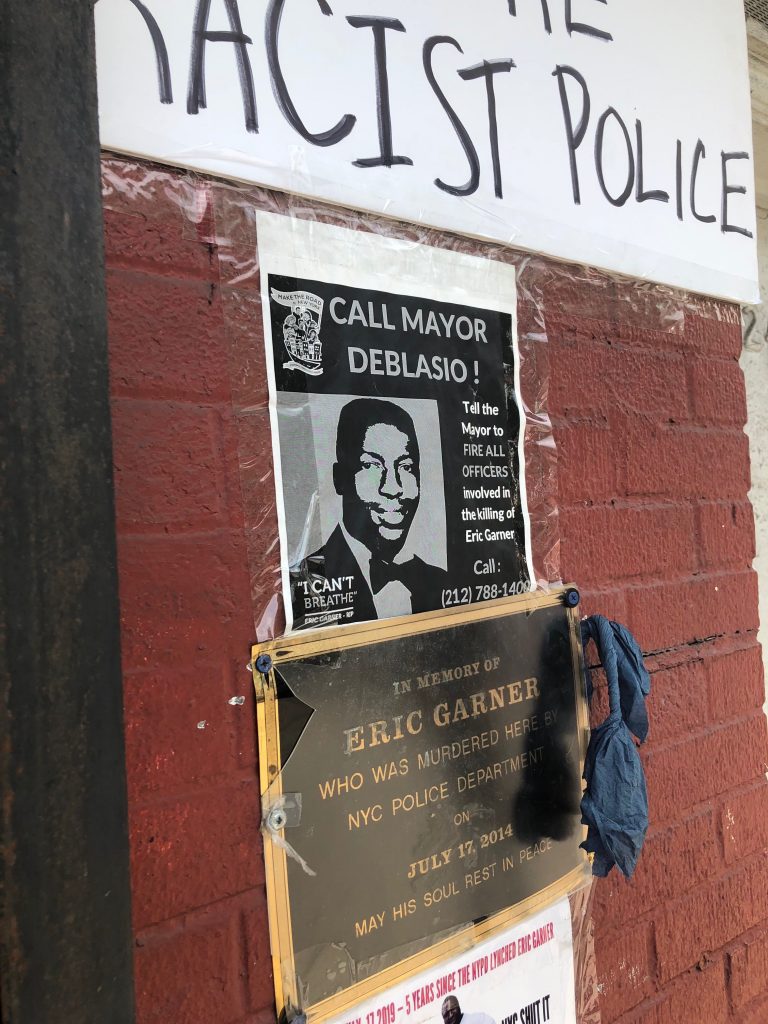 A sign outside of the beauty supply store where Eric Garner died.

Irv Johnson, of the Not Guilty Association, was also Garner’s friend and neighbor for eight years. He recalls the days when Tompkinsville Park police would target Garner for allegedly selling untaxed cigarettes but neglect addressing heroin dealers and addicts in the surrounding areas.

Tompkinsville Park’s criminal presence, including its drugs, prostitutes, and gang activities, has decreased since Eric’s passing. To Johnson, however, “just trying to pay us off is not going to work.” 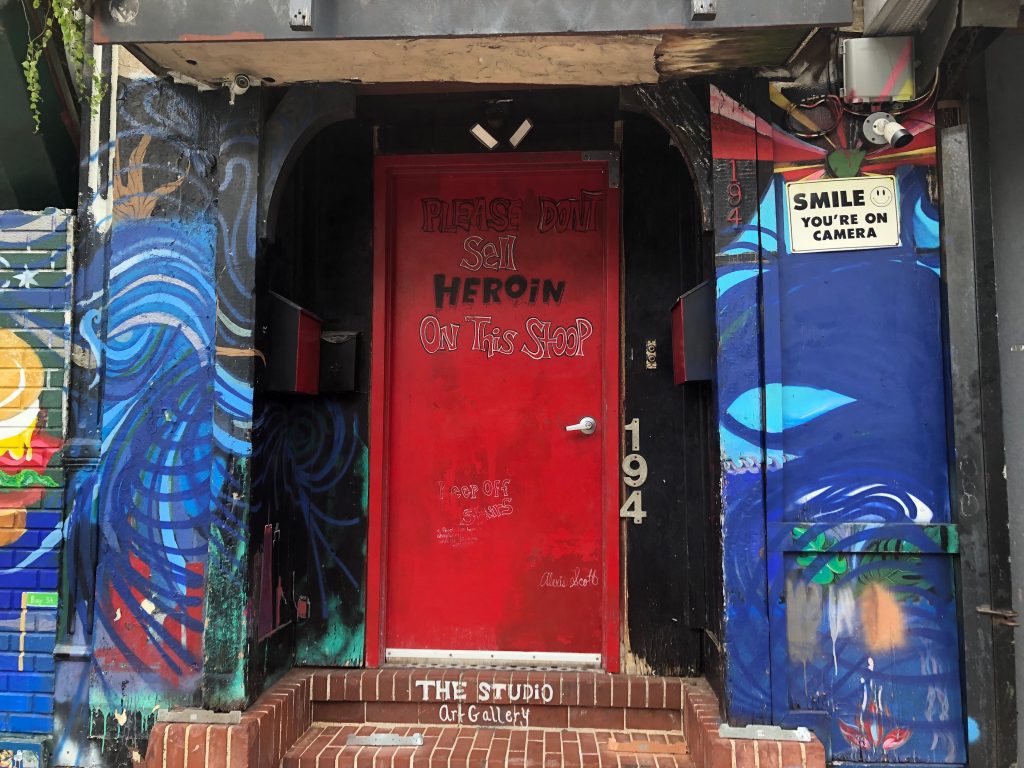 Eric Garner’s family and associates have strongly denied the narrative that Eric was selling cigarettes outside a beauty supply store.

The Facts About Eric Garner’s Case

After a two-hour march shutting down Staten Island’s busiest intersections, Eric Garner’s family and associates held a presentation providing facts about his death.

On July 17, 2014, NYPD officers approached Garner to arrest him for allegedly selling untaxed cigarettes. Five NYPD officers restrained Eric, including Pantaleo, who put Eric in a chokehold. NYPD officers are not supposed to use chokeholds since they were banned in 1993.

Garner was handcuffed while pleading ” I can’t breathe,” but Pantaleo continued to apply the chokehold which gave Eric a heart attack, killing him. The medical examiner ruled Eric’s death as a homicide.

The incident was captured on video by Ramsey Orta, who accuses the NYPD of persecuting him. Orta pled guilty to selling heroin and criminal possession of a weapon and is now serving time in Rikers Island.

Pantaleo was given a raise after killing Garner, according to the Garner family.

On Dec. 30, 2017, Erica Garner, one of Eric’s daughters, passed away from a heart attack as well. When she was alive, Erica blamed her health complications on her father’s death. 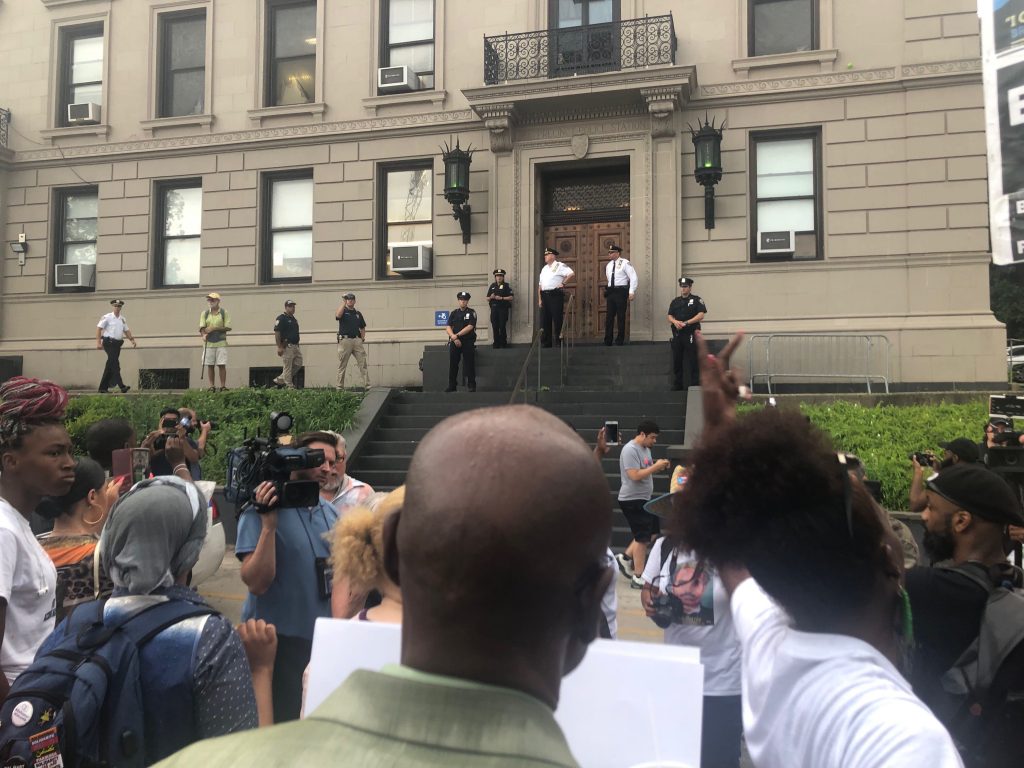 Jewel Miller pointing her fingers to the NYPD during the march.

It’s been five years since Garner’s death, and despite public scrutiny, the NYPD hasn’t revealed the results of the trial or taken any disciplinary action. The Department of Justice has refused to bring federal charges against Pantaleo’s murder.

When asked if Pantaleo has expressed remorse for Garner’s death to his family and friends, Miller told Nu Origins that the only communication has been a collective statement from the NYPD.