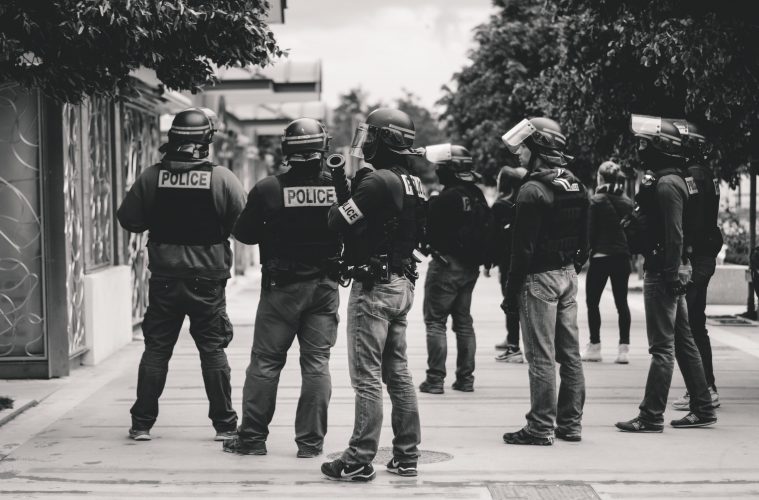 NYPD Continues To Dish Out Violence In New Attack

Yesterday night a disturbing video of a scene we are far too familiar with spread quickly through Twitter.

The video, which took place in Canarsie, Brooklyn, featured a black boy being held against a wall by an undercover cop with his gun pulled. The girl that posted the video was walking by when she saw the young black boy with a gun aimed at him and quickly pulled out her camera.

In the video you can hear the young man repeatedly ask the cop to identify himself and to explain why he won’t let him go. The cop ignores the questions until back-up arrives.

When other cops arrive they quickly swarm the young boy, wrestling him to the ground as he screams for help.

Pt 2. This shit was just completely unnecessary. Yes the guy was in the park but he has a right to be in there because it closes at 9pm. This happened in Canarsie, Brooklyn. pic.twitter.com/hHjPq3JY2c

The two videos of the incident can be very hard to get through. Your heart will ache at the sound of the boy screaming and pleading for help, and you will tremble in fear of the possibility that you could be seeing another young black boy lose his life.

In a thread of the videos, the user who posted the video included a text that explained that cops were patrolling when they saw the boy smoking cannabis in the park with someone else.  As of right now, the boy’s brother is waiting for him to get out of the precinct.

So here’s an update I got pic.twitter.com/cbUm7KZY8a

The NYPD has been accused of being a racist organization for years. There were the years of stop and frisk, the excessive surveillance of the MTA, the officer who recently quit after attacking a black women in her home, and of course the deplorable death of Eric Garner.

Black residents of New York have not trusted the NYPD for years and they continue to give us reasons not to do so.

While it will always be devastating that these violent abuses of power are still happening four years after the start of Black Lives Matter or infuriating that cops can continue to act like gangsters and not face any repercussions, it is most definitely not shocking. These cops may say the boy was targeted for smoking cannabis, but he was chosen as an easy target for a man to use his uniform to express anger and hatred.

The woman who recorded even shared a video taken after they attacked the boy, showing cops looking for whatever they claimed he was hiding.

And this is where these cops went BACK to FIND whatever he ALLEGEDLY had pic.twitter.com/nsUIu03mza

There was no reason for the boy to experience such a traumatizing event.  This event will most likely leave him more terrified of cops than he already had to be.

If the NYPD does nothing to address the serious internal prejudice amongst their department, then videos like these will continue to spread.