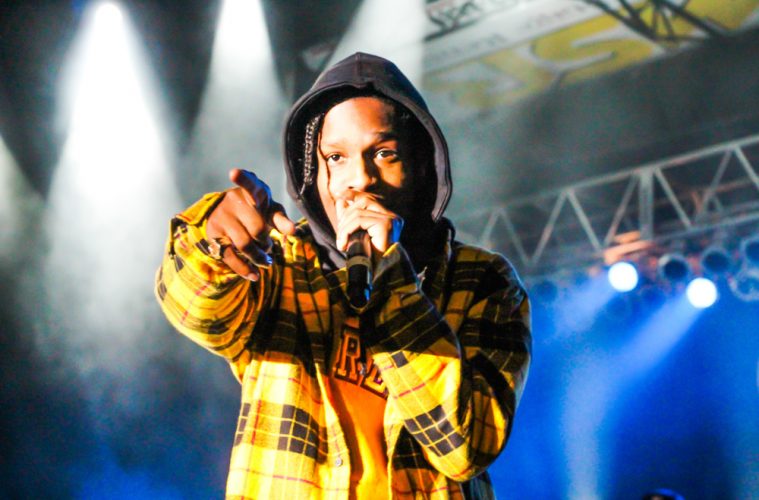 Harlem Rapper A$AP Rocky Is Unfairly Locked Up In Sweden

An American rapper Asap Rocky arrested and faces six years in a Swedish prison because he defended himself in a street fight.

If found guilty, he could face six years in prison.

TMZ published a short video of Rocky and three other people punching, throwing, and kicking two other men to the ground. According to TMZ, the fight began when two men accused Rocky of breaking a pair of headphones.

The two young men continuously followed Rocky and threatened to call the police over the headphones. This is when someone stepped in to translate the conversation, where Rocky said, “Stop following or else.”

“So a few drug addicts are not my fans,” Rocky said in a video. “We don’t know these guys and we didn’t want trouble. They followed us for four blocks, and they were slapping girls butts who passed, give me a break.”

In the video, Rocky is seen asking the two men to leave him alone and walk the other way.

According to Change.org petition, the incident occurred on June 30. On Tuesday, July 2nd, Rocky volunteered to go to police headquarters after his performance for questioning about this incident. Rocky and his colleagues were arrested on-site.

After suspicions that Rocky was being held in unsanitary and unsafe conditions, the special presidential envoy for hostage affairs, Robert O’Brien, is monitoring the environment and Secretary of State Mike Pompeo has been briefed on Rocky’s detention for the trial set for July 19, 2019.

Article 36 of the Vienna Convention on Consular Relations requires countries that signed to immediately notify consular officials upon arresting a foreign citizen, but that didn’t happen for hours in Rocky’s case.

Celebrities have voiced opinions on Rocky’s detention, such as Shawn Mendes, Justin Bieber, Jada Pinkett Smith, and Miguel all posting their support for the #JusticeforRocky petition. Congressman Adriano Espaillat, Democrat from NY, whose district includes Harlem, Rocky’s hometown, is also a notable voice during this time.

Congressman Espaillat has sent multiple letters to the U.S. State Department, the U.S. Embassy in Sweden, and the Swedish Ambassador in Washington.

In an interview with Complex, Espaillat explained his support of Rocky saying, “He’s part of a growing, young movement of artists that, first of all, I commend because they identify with the neighborhood where they live, which in this case is Harlem.”

“It’s really about an attitude and a personality and a history and a legacy,” Espaillat told Complex. “And so, for him to be a young person and continue to identify with Harlem and be a strong presence of the artist community in Harlem, is great. That’s why I’m going to bat for him.”

He continued stating, “I will speak to the ambassador, and I will let him know that there is a growing movement, and that there are people signing the petition, and that the world is watching. I will continue to fight until he’s brought back home.”