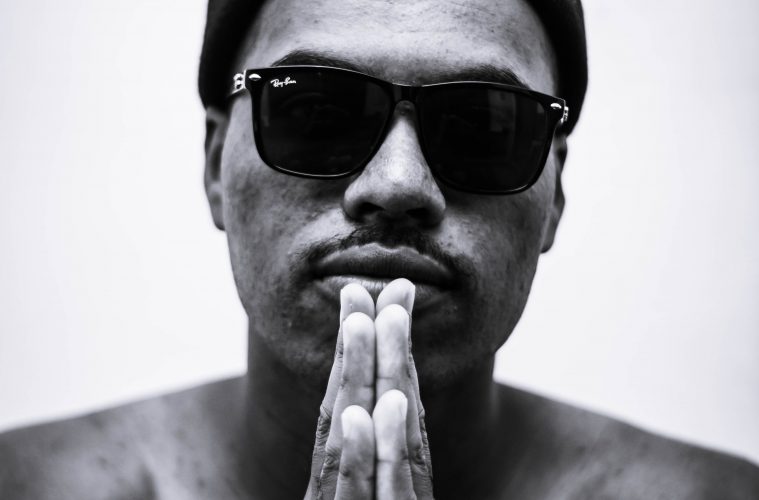 “As real as it seems the American Dream

Ain’t nothing but another calculated scheme…”

Tupac Shakur wrote these words in the early 1990s and now almost 30 years later the truth of his lyrics are prophetic.  In the “era of colourblindness” there’s a desire to cling to the illusion that America, as a nation, has “moved beyond” race, but the ongoing systematic violent targeting of Black (Nubian) & Brown (Indigenous) communities reveals America’s hypocritical racist roots.

It’s become blatantly obvious to the world community that Black people are targeted violently by police in America. This story will cross analyze the lyrics of Tupac Shakur’s Panther Power song and the socio-political realities of America in regards to the black community.

The “American Dream” mentioned by 2pac on line 1; is referring to the perpetuated myth that everyone who works hard and follows the law can get the house with a white picket fence for them and their family. But after 500 years of building up this country with no compensation, no reparations, and pure blood, sweat, and tears; we have come to realize that our black community is under attack by those who align themselves with white supremacist ideologies.

President Nixon’s Chief of Staff, H.R. Haldeman, said it best; “[T]he whole problem is really the blacks. The key is to devise a system that recognizes this while not appearing to.” It doesn’t matter what issues are going on in the country, authority figures will weaponize anything; newly passed laws, health crisis issues, environmental catastrophes, and more against communities of color specifically the Nubian (Black community).

The “calculated schemes, to get us locked up, shot up, or back in chains” mentioned in Tupac’s song is represented by schemous laws like Stop & Frisk. The Stop & Frisk law was passed in 1968, coincidentally at the height of the Black Power movement. For the American government that felt threatened by blacks becoming self-reliant. It was necessary to pass Stop & Frisk in order to accelerate the destruction of the Black Panther Party and other grassroots organizations. Stop & Frisk was passed in 1968 and in 1969, the FBI’s Charlotte Field Office opened an investigative file on the Black Panther Party, infamously coined as COINTELPRO.

Stop & Frisk was significant because it took away the police’s necessity of Probable Cause. Probable Cause is when a police officer has sufficient knowledge of facts that a suspect is committing or has committed a crime. Probable Cause is a belief that must be based on factual evidence, not just on suspicion. Probable Cause supported the Constitution’s Fourth Amendment forbid of unreasonable searches and seizures.

The Stop & Frisk law of 1968 basically states that as long as an officer has “reasonable suspicion” that you are doing something illegal and dangerous, they can stop, question, and frisk you, no Probable Cause necessary. This means that law enforcement doesn’t have to obtain proof to arrest someone, they just need to have a “hunch” or suspicion. This law has been weaponized in a racist society like America to disproportionately target the black community today.

George Floyd’s murder is proof that America has not solved its race problem, in fact Floyd’s demise seems like a replay of Eric Garner’s fatal death. Floyd’s death was caused by the racist police officer Derek Chauvin placing his knee on his neck for over 7 minutes while civilians pleaded with him to stop the violence against Floyd.

Eric Garner was put in a choke-hold and murdered by racist police in New York City in 2014. The Nubian community can’t help but hear the pleas of George Floyd and Eric Garner saying “I can’t breathe” over and over again in their heads. It’s impossible to remove the images of countless Black men murdered at the hands of racist police when the media perpetuates these negative images every day.

Imagine walking to the grocery store hoping you don’t end up having an experience like George Floyd, Eric Garner, Trayvon Martin or Donnie Wright.

The American government has done nothing to stop the systematic violence against the Melanin community, in fact, America embraces it.  Over 4.4 million (Black) and Indigenous (Latinx) boys, men, and women were stopped under Mike Bloomberg’s 12-year reign as Mayor in New York City. Despite the fact that in 2013, a federal judge ruled that Stop & Frisk was unconstitutional, the legacy of American racism still is alive.

In 2019, almost 90 percent of people stopped by law enforcement were black and Latino. And with the coronavirus pandemic, racial profiling and lynching of black people appear to be happening at an alarming rate. It seems like every few days a story is released where a black person is harassed or killed on some obviously racist and inhuman terms.

On May 2 in East Harlem, NYPD officers arrested 20 children & young men for Loitering, after throwing them up against a gate & searching them.

I spoke to @tiffmcfddn, a family member of one of the young people arrested, about exactly what went down. pic.twitter.com/lea9unlQOW

On May 2nd, 2020 a disturbing video surfaced showing NYPD officers in East Harlem arresting 20 children & young men for Loitering, throwing them up against a gate & searching them. Criminal Defense Attorney Rebecca Kavanagh covered this shameful event on Twitter and revealed some heartbreaking facts.

While at the precinct, one of the young people asked for a mask. He was refused. One of the cops said, don't you know we gave you coronavirus already.

Kavanagh tweeted, “While at the precinct, one of the young people asked for a mask. He was refused. One of the cops said, don’t you know we gave you coronavirus already.” A member of the police force who are supposed to protect and serve the community tells a young boy that “we gave you the coronavirus already.” Is a spit in the face to the Nubian community? It’s obvious that many of these officers are undeniably racist and rather see young and old Black men dead “locked up, shot up, [and] back in chains” as Tupac said.

Take for instance,  NYPD Officer Francisco Garcia, Garcia has been sued at least 7 times for violent misconduct.  And last Saturday (May 16, 2020) Garcia can be seen on camera beating a Nubian Caretaker and sitting on his head. The Caretaker was swiftly attacked by Garcia after he made a comment about Garcia’s aggressive “social distancing police stop.”Racist America will weaponize anything to terrorize the Nubian community, even if it means being a hypocrite themselves.

This evening in Manhattan, an NYPD officer approaches a group of people filming an arrest, deploys his taser indiscriminately, then grabs a young man and, without provocation, slams him to the ground, starts beating him and, with another cop, handcuffs him. pic.twitter.com/N6bENczkOU

The day after the Garcia incident in Harlem another racially profiled terrorist act occurred in the name of Social Distancing safety.  On May 17, 2020 in East New York, Brooklyn NYPD officers are seen on video punching a young man in the head and threatening to arrest his friends for not wearing masks. However, watching the video it’s obvious the police weren’t wearing one either.

What’s even more hypocritical is that on Wednesday, Adegoke Atunbi was walking to the grocery store and saw commotion by Sutter Ave train station in Brooklyn. Walking to the commotion he noticed the NYPD officers were arresting a man and many of them didn’t have on facial masks including Deputy Inspector John A. Mastronardi. Atunbi didn’t know that he and other bystanders would be violently arrested. When Atunbi, asked him where his mask was, the police shrugged it off.

Mayor De Blasio has brushed off criticisms of police brutality, mischaracterizing the recent videos as isolated incidents. Shrugging off the lives of Black Men and Black Boys who are terrorized daily by violence at the hands of the police, is racist and questionable.

The Declaration of Independence was signed on July 4th, 1776. It states:

“We hold these truths to be self-evident, that all men are created equal, that they are endowed by their Creator with certain unalienable Rights, that among these are Life, Liberty and the pursuit of Happiness… whenever any Form of Government becomes destructive of these ends, it is the Right of the People to alter or to abolish it, and to institute new Government, laying its foundation on such principles and organizing its powers in such form, as to them shall seem most likely to effect their Safety and Happiness.

Black people have been asking for equal rights in this country for the last 500 years. How much longer will liberals tell us to wait?