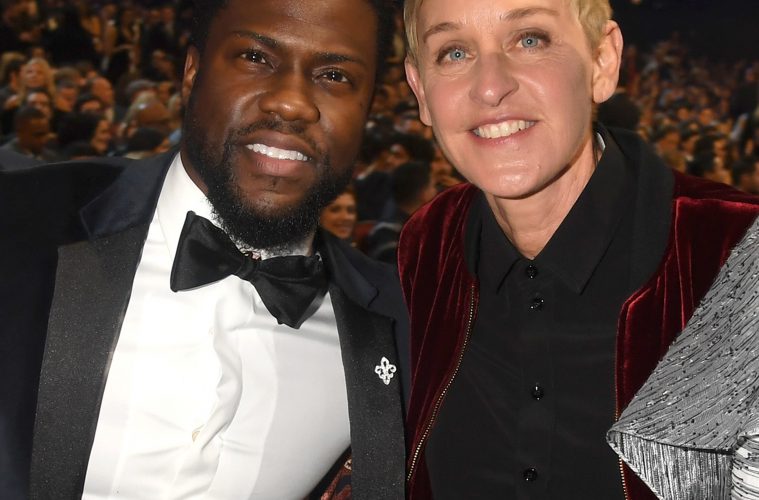 Kevin Hart’s appearance on The Ellen DeGeneres Show Friday prompted social media backlash before it even aired in full. Critics, in particular those from the Black LGBTQ community, seized on the clips provided. They accused the host of offering a platform for Hart to present himself as the victim for past homophobic remarks. They also argued that DeGeneres, while a lesbian herself, had no authority on which to forgive the fellow comic whose remarks were pointed towards Black gay men.

Hart stepped down from hosting the 2019 Academy Awards in December after old tweets homophobic tweets resurfaced. In 2011, Hart tweeted:

“Yo if my son comes home & try’s 2 play with my daughters doll house I’m going 2 break it over his head & say n my voice ‘stop that’s gay.'” In another from 2010, Hart declared that another used looked “like a gay bill board for AIDS.” In 2009, he labeled another a “fat faced fag.”  Hart initially refused to apologize and chose to vacate his position as host. Hours later, he did apologize for his comments.

Hart told his followers that the hour long interview would be worth tuning in for.

Hart also shared on the show that he would be rethinking his decision to step away from the Oscars.

“Leaving here, I promise you, I’m evaluating this conversation. This is a conversation I needed to have, I’m glad that I had it here, and I’m glad that it was as authentic and real as I could have hoped that it would be. So let me assess, just to sit in this space and really think, and you and I will talk before anything else,” Hart said.

Hart also said he was the victim of a “malicious” attack against himself and career. DeGeneres agreed and urged Hart not to let them “win”. She further characterized those who unearthed the tweets as a “mob”.

“As a gay person. I am sensitive to all of that. You’ve already expressed that it’s not being educated on the subject, not realizing how dangerous those words are, not realizing how many kids are killed for being gay or beaten up every day. You have grown, you have apologized, you are apologizing again right now. You’re done it. Don’t let those people win — host the Oscars,” she said.

DeGeneres declared that she wanted Hart to reprise his role as host for the Oscars and that she had called the Academy on his behalf. She also offered forgiveness. The gesture was met with anger on social media by users who did not feel she challenged him enough on his past remarks. There was also frustration that DeGeneres, a white woman, could not understand the depth of the uproar as most of Hart’s previous comments.

DeGeneres has not yet responded to the social media reaction to the interview.