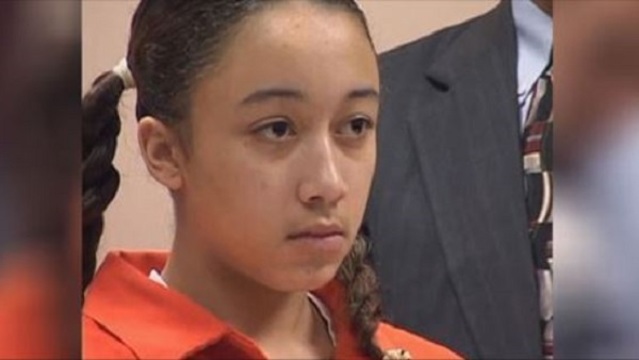 Cyntoia Brown, convicted and serving a life sentence for killing a man who trafficked her for sex, was granted full clemency. She has served 15 years for fatally shooting Johnny Mitchell Allen at the age of 16 but claimed self defense. Tennessee Gov. Bill Haslam announced in a statement Monday that the now 30-year-old would be released on Aug. 7.

“Cyntoia Brown committed, by her own admission, a horrific crime at the age of 16. Yet, imposing a life sentence on a juvenile that would require her to serve at least 51 years before even being eligible for parole consideration is too harsh, especially in light of the extraordinary steps Ms. Brown has taken to rebuild her life,” Haslam said.

Brown thanked the outgoing governor who will vacate his post on Jan.19. She was also grateful to her many supporters and declared that their faith would not be in vain.

I am thankful for all the support, prayers, and encouragement I have received. We truly serve a God of second chances and new beginnings. The Lord has held my hand this whole time and I would have never made it without Him. Let today be a testament to His Saving Grace.

Thank you to my family for being a backbone these past 14 years.

I am thankful to my lawyers and their staffs, and all the others who, for the last decade have freely given of their time and expertise to help me get to this day.

I love all of you and will be forever grateful.

With God’s help, I am committed to live the rest of my life helping others, especially young people.

My hope is to help other young girls avoid ending up where I have been.

The decision by Haslam was met with widespread praise on social media. Criminal justice reform and sex trafficking activists and lawyers spent years in the courts to have her sentence overturned who argued she was justified in the 2004 slaying. Allen had paid for sex with the juvenile and Brown claimed her life was in danger. Nonetheless, she was convicted of first-degree murder, felony murder and aggravated robbery in 2006. Last December, the Tennessee state high court ruled she would only be eligible for parole after 51 years.

Celebrities such as Kim Kardashian West, Rihanna and LeBron James also took up the cause of the former teen sentenced to life. Many argued that Brown was a victim of physical and sexual abuse during her formative years and harshly punished. A social media campaign created momentum for Haslam to grant Brown her freedom and it was celebrated by those who had championed Brown.

Brown will be 31-year-old when she is released later this year. She will be under a 10 year parole, have to participate in counseling and perform community service.