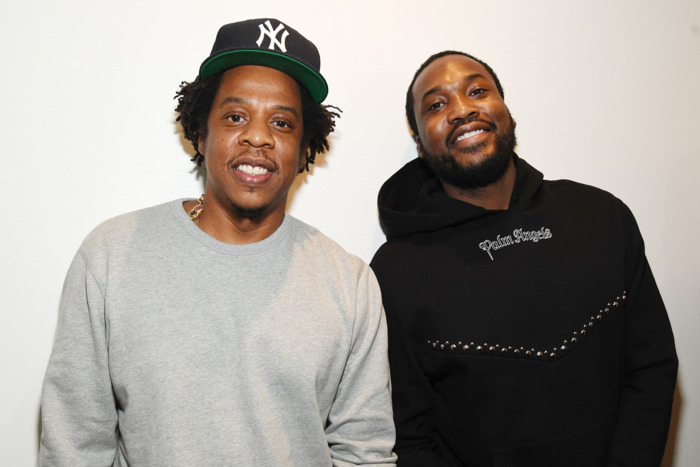 The two rappers were joined by Patriots owner Robert Kraft, 76ers co-owner Michael Rubin, Nets co-owner Clara Wu at John Jay College in New York City on Wednesday as they discussed this new venture. The mission statement declares that it will focus on reforming the criminal justice system by changing laws and policies while changing hearts and minds. The goal is get at least a million people out of jail and on parole in the next five years. $50 million has been pledged to the endeavor. CNN commentator Van Jones will serve as the CEO with Third Point Management CEO Daniel Loeb, Galaxy Digital CEO Michael E. Novogratz, and Vista Equity Partners CEO Robert F. Smith serving as other board members and investors.

The issue of criminal justice reform has become an important one for Mill. The 31-year-old, born Robert Rihmeek Williams, became an activist for the cause after spending five months in jail over a technical violation in his parole last year. It became mired in the controversy as the presiding judge was accused of bias.

Mill has spent the better part of the past decade in the system said that he considered himself one of the luckier ones. This venture was motivated by his desire by those who did not share the same advantages he did which included celebrities highlighting a “Free Meek” campaign that ultimately helped led to his release last April per order of The Philadelphia Supreme Court.

“I’m here to speak for the ones who don’t have a voice. I didn’t ask to be the face of reform, but I want to bridge gaps and make the world a better place, especially for my culture,” Meek said.

Rubin, who has been a supporter of Meek, said the treatment of the rapper was a wakeup call for him. The 76-ers owners believed that there was one standard of justice for everyone. He changed his opinion after Meek was sentenced to two-to-four years in prison against recommendations from both Mill’s parole officer and the district attorney.

“That day changed my life forever. This problem is so much bigger than Meek. Fundamentally, our criminal justice system is broken and doesn’t work,” Rubin said.

Jay Z said that many of the founders were just beginning to understand the depths of disparity between the races. He spoke from experience as someone who was raised in the streets and that they were all prisoners until each man was free. The “Holy Grail” rapper added that the system took advantage of broken households.

“If someone commits a crime, they should go to jail. But these things are just disproportionate and the whole world knows it. A lot of these [laws] are in place now because elected officials run on them. I’m just saying the honest truth … It’s a humane issue,” he said.

Watch some of the press conference below.