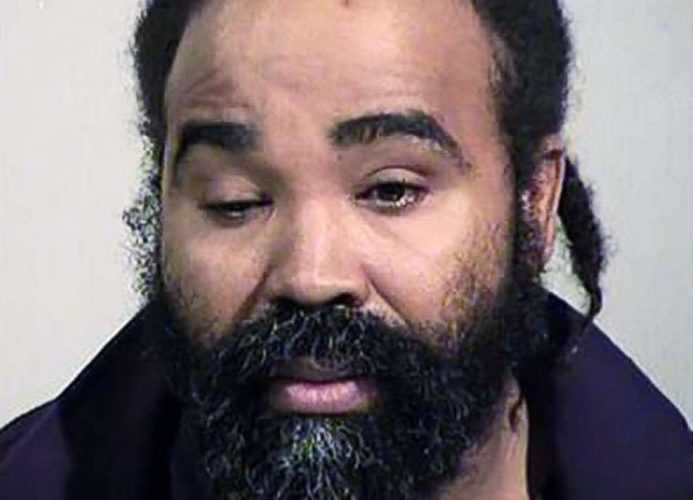 Nathan Sutherland was arrested by Phoenix police for the rape of a vegetative woman who has been in the care of Hacienda Healthcare.

The 36-year-old was taken into custody for raping and impregnating the unidentified woman, a member of the San Carlos Apache Tribe. She has been a patient at Hacienda for 26 years.

A court order allowed police to force Sutherland into a DNA sample which then determined that his DNA matched the newborn’s DNA. He was booked into the Maricopa County Jail without bond on Tuesday. He was charged with one count of vulnerable adult abuse and one count of sexual assault. Sutherland was not on the grounds of Hacienda at the time of his arrest.

“From the minute we first became aware of the crime, we have virtually worked nonstop seven days a week to resolve this case,” Phoenix Police Chief Jeri Williams said.

Staff members did not know she was pregnant and the facility came under fire for not performing any examinations on her in the months. Court documents revealed she needed a maximum level of care and was not alert.

The woman gave birth to a boy on Dec. 29 and the child has been released into the care of family. They issued a statement on Tuesday to make clear that she was not comatose as previously suggested.

“She has significant intellectual disabilities as a result of seizures very early in her childhood,” the statement read. “She does not speak but has some ability to move her limbs, head and neck. Their daughter responds to sound and is able to make facial gestures. The important thing is that she is a beloved daughter, albeit with significant intellectual disabilities. She has feelings, likes to be read to, enjoys soft music, and is capable of responding to people she is familiar with, especially family.”

Hacienda has increased their level of security, including monitoring of patient care areas. Also, another person is required to be in the room when male health-care aides provide treatment to female patients. The healthcare center also hired an attorney Rick Romley to conduct an investigation into safety.

Earlier this month, the state suspended new patient admissions at Hacienda and William Timmons resigned as C.E.O. Officials said they would do everything in their power to ensure justice.

“Every member of the Hacienda organization is troubled beyond words to think that a licensed practical nurse could be capable of seriously harming a patient,” the statement read. “Once again, we offer an apology and send our deepest sympathies to the client and her family, to the community and to our agency partners at every level.”